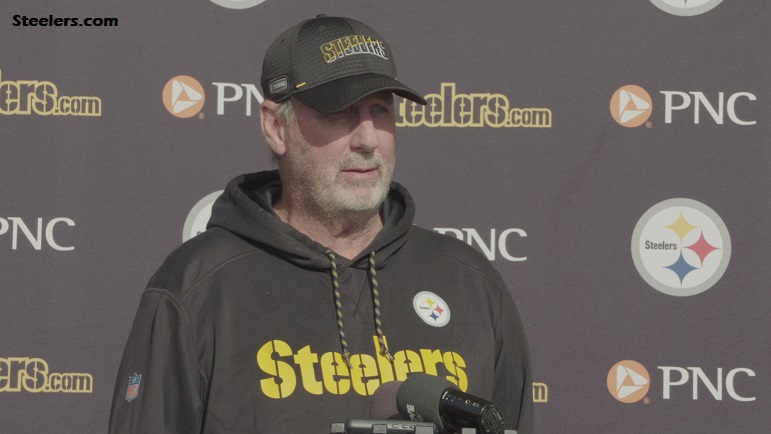 The Pittsburgh Steelers traded away outside linebacker Melvin Ingram to the Kansas City Chiefs on Tuesday, and that deal came on the heels of it surfacing that he wasn’t happy with his role in the team’s defense as of late. Steelers head coach Mike Tomlin addressed the trading away of Ingram on Tuesday, and on Thursday, defensive coordinator Keith Butler asked to give his thoughts on the subject. Butler did as only he can.

“You know, that’s something he wanted and that’s fine,” Butler said of Ingram evidently wanting to be traded. “We liked having him here. He was a good player for us and stuff like that. We wish him the best. But you know, he wanted to play against some other people. We feel like we’ve got the best two guys starting for us right now in T.J. [Watt] and Alex [Highsmith]. Okay? And felt it then [when we signed Ingram in the offseason], too. And we felt like he could come in and be a third guy for us. But I don’t know if we’d sit there and say he’s the second guy T.J. I wouldn’t say that. I wouldn’t say that at all.”

Butler was then asked if he thinks Ingram thought he was the team’s second outside linebacker behind T.J. Watt.

“I think all of us think we’re better than we are,” Butler said in response to that question. “But, you know, we’ve got to suffer reality sometimes.”

That quote from Butler will obviously be considered a shot at Ingram by many. That said, I really think Butler meant it more generically. Context deciphering and all, I truly believe that Butler wishes things could have worked out with Ingram so that he would have remained in Pittsburgh past the Tuesday trade deadline.

Ingram, by the way, had his introductory press conference with the Chiefs on Thursday, and while he did answer questions about what Tomlin had to say on Tuesday about his trading, he was not confronted with Butler’s Thursday remarks. That’s probably because both press conferences took place very close to each other.

It’s a shame that things didn’t work out between the Steelers and Ingram. Personally, I think Ingram may have been under the impression that he would be the primary outside linebacker opposite Watt once the regular season started. As reports indicated last week, Ingram indeed probably thought that he deserved to play ahead of second-year outside linebacker Alex Highsmith. The Steelers obviously didn’t see that things that way, and once Watt and Highsmith both recovered from their respective early-season groin injuries, Ingram became increasingly dissatisfied with his amount of playing time.

Ingram is now out of Pittsburgh, and our very own Alex Kozora just recapped all that the edge rusher had to say about the Steelers during his Thursday media session. The Steelers are scheduled to play the Chiefs in Week 16, so assuming Ingram is still with Kanas City come time for that game, I’m sure we’ll be discussing him more just ahead of that contest.