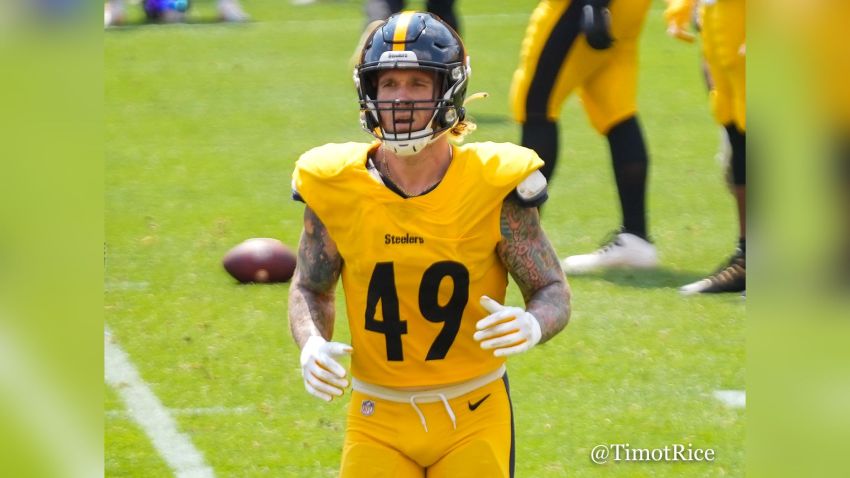 The Chicago Bears have signed former Pittsburgh Steelers OLB Cassius Marsh to their practice squad, according to the Houston Chronicle’s Aaron Wilson. That moves comes just days of the Week 9 matchup between both squads.

The Bears could be playing some games to try and gain an edge over the heavily-favored Steelers. Signing someone who used to play for your upcoming opponent is a relatively common move. Marsh was signed by the Steelers off the Colts’ practice squad last December following Bud Dupree’s season-ending ACL tear. Marsh wound up playing 11 regular season snaps on defense but saw more significant action in the Wild Card loss to the Browns. He struggled in that came, along with the rest of the defense, especially against the run.

With Pittsburgh last regular season, he recorded a pair of tackles. The Steelers carried him on their roster this summer and he performed well in training camp, especially early on. Here is how we evaluated his summer.

“A nice start to camp for Marsh though he faded a bit down the stretch. He had the team-rep of the summer, whooping Okorafor one day, and set a better edge against the run. He consistently ran as 2nd team LOLB throughout camp and the preseason and with his strong special teams value, is still viewed as the #4 OLB on the team. His spot isn’t set in stone and tonight’s game could change things but I have him as the favorite.”

That analysis changed by preseason’s end with Jamir Jones standing out on special teams and beating Marsh (and rookie Quincy Roche) out for the final roster spot. Marsh was not signed to the team’s practice squad and remained a free agent until today when the Bears signed him.

Khalil Mack has missed time with a foot injury so perhaps there’s a chance Marsh is elevated to the 53 and plays Monday night. Those odds, however, are probably low right now.