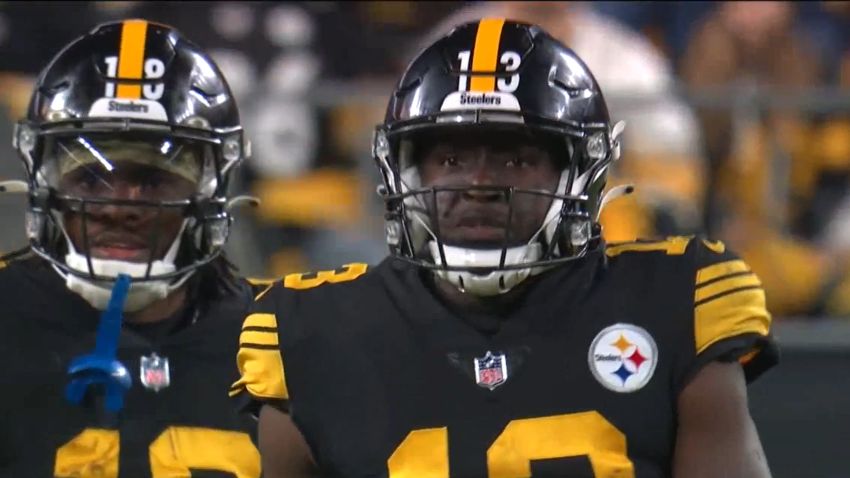 Reasoning: With Chase Claypool out and JuJu Smith-Schuster done for the season, fourth year receiver James Washington is currently looking at the best opportunity he will get to contribute in 2021.

Washington has played in seven games this season. He saw 80-plus percent of the snaps in two of them, due to injury, and he combined for seven catches for 89 yards in those two weeks. Outside of the opener, in which he caught two passes for 10 yards, those are the only games in which he has caught more than one pass.

Logging 41 snaps this past Monday, Washington did get three targets, but only caught one of them, and that was a 42-yarder down the middle. Ben Roethlisberger contends that a defender got a piece of his hand as he threw the ball, but the end result was that Washington had to adjust and come back to the ball in order to secure it.

He now has 12 receptions on the season for 18 targets, going for 154 yards, though he has yet to get into the end zone after scoring five times in 2020 on what was a career low in snap count. He is posting his highest catch rate of his career at 66.7 percent.

Washington played as much as he did last week because Chase Claypool suffered a toe injury in the game. He will miss today’s game, which should mean that Washington will start, and will likely see 80-plus percent of the snaps again.

Depending on how much time Claypool misses, this figures to be his best shot at putting quality tape out there before he becomes a free agent in March. Washington reportedly requested to be traded earlier in the year, though neither he nor the team have ever confirmed that.

If he did, it was over opportunities, because he wouldn’t have gotten many at all with a healthy unit. Even after JuJu Smith-Schuster’s injury, he hasn’t automatically transitioned into the number three role. Ray-Ray McCloud, as well as the tight ends, have had an equal part in replacing those snaps lost to injury.