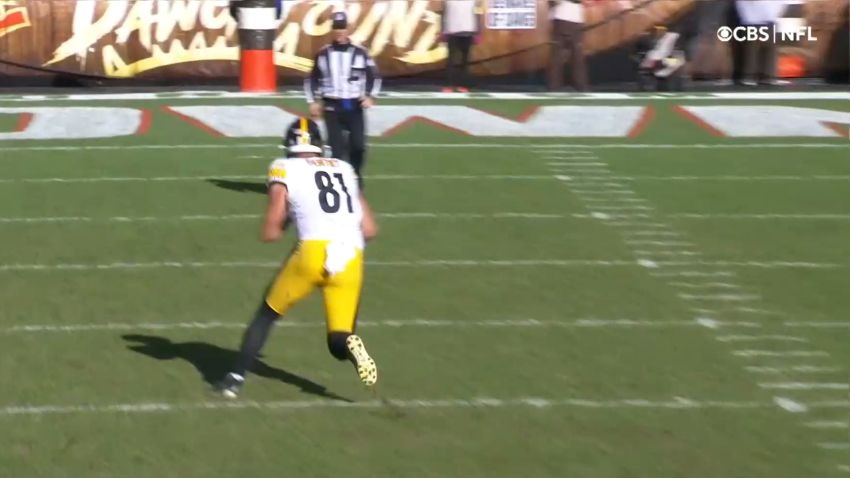 Reasoning: The third-year tight end continues to see an increased role in the offense, both as a blocker and pass-catcher, and has another opportunity for extended action today with Eric Ebron down again.

There may not be another player on the Steelers’ roster who has shown more improvement from last year to this year than third-year tight end Zach Gentry—though that is surely partly due to the lack of availability of opportunities for him to get in front of eyes last year.

Due to the pandemic, all practices were closed last year, and there was no preseason. The only time we got to see him was in his brief stretch of playing time in the regular season before he got hurt. We’ve been able to monitor his growth this year much more clearly, preparing us for his increased role in the offense.

Gentry saw his greatest opportunity to date last Sunday with veteran tight end Eric Ebron missing in action due to injury, logging 45 snaps, the first time he has played much more than a third of the snaps in a game in his career—this time over 60 percent.

Paired with Pat Freiermuth, they ran a lot of two-tight end sets, and Gentry got a lot of work in the blocking game, both run blocking and in pass protection. He also saw five targets, by far the most he had ever been targeted in a game, catching three passes for 39 yards, which included a 24-yarder. That accounts for more than half of his production on the season.

Ebron will miss his second game in a row due to injury, which should buy Gentry at least one more week of extensive action, this time against the Chicago Bears, a 4-3 front against which the big-bodied tight end will come in handy even more. He also gets to bypass an absent Khalil Mack as a bonus.

While he has been a mainstay as a blocker, the question is how much more involved the Steelers may still yet get him in the passing game. He has some pass-catching ability, which, aside from his sheer size, is why they drafted him in the fifth round in 2019. But with Freiermuth, Gentry is never going to be your first target.