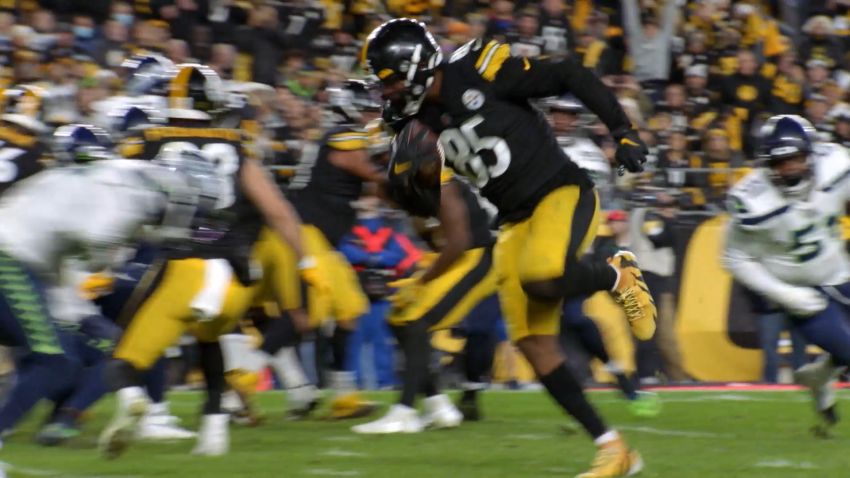 Question: Will Eric Ebron spend any time this season as a healthy scratch?

One thing that we hear offensive coordinator Matt Canada and head coach Mike Tomlin on a weekly basis is that their game plan, and thus their personnel usage, is based on matchups against their upcoming opponents. That means that some players in certain weeks are a smaller part of the plan than they might be at other times.

Now that the team has its full complement of skill position players healthy, though, they have questions they’re facing. Between four running backs, five wide receivers, and three tight ends, who dresses? Two weeks ago, they only dressed two tight ends with Eric Ebron out. Last week, they sat running back Anthony McFarland and dressed practice squad tight end Kevin Rader.

Ebron looks to be back healthy this week, and presumably, he’s going to dress. But is he guaranteed to dress every week when he’s healthy? What if their game plan emphasizes the run game and run blocking, with McFarland’s speed being an asset that they want on the perimeter?

In such a situation, would the Steelers make Ebron inactive? Though he has missed 14 games over the course of his career prior to this season, he has never failed to dress when he was healthy before. But with Pat Freiermuth clearly established as the Steelers’ top pass-catching tight end now, it’s not unreasonable to believe such a decision could be in the mix.

Zach Gentry has stepped up in his third season, and has become the team’s principle blocking tight end, particularly in the run game, so it’s possible that a run-heavy game plan in which the team decides to dress four running backs versus two tight ends could result in Ebron sitting. I’m not sure I’d place money on that bet, however.