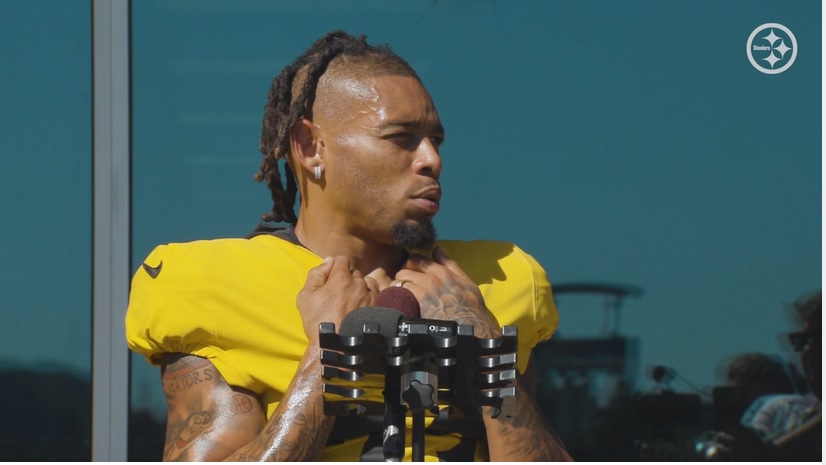 Mike Tomlin typically conducts his press conferences as a message to his team. Yesterday’s strong rebuttal to the rumors of a college coaching job were primarily sent to shut down media speculation. But it was a comment that gave his players a shot in the arm.

Speaking with reporters Wednesday, Joe Haden said Tomlin’s response sums up why he loves playing for him.

“He just knows how to carry himself,” Haden said via ESPN’s Brooke Pryor. “Be a man. Address issues, shut stuff down. I was watching that interview just smiling ear to ear. Like, ‘look at coach.'”

Perhaps one reason why Tomlin was so upset about the rumors was the potential impact it could have on the locker room. Any sort of uncertainty about a coaches future with the team isn’t helpful for the culture of a locker room. Especially at a crucial point of the season, a 3-3 Steelers team with a big game this weekend against AFC North foe Cleveland Browns. What Tomlin said may even serve as a boost to the guys in the locker room.

“I think so,” Haden said when asked if it’ll motivate teammates. “He’s just a leader of men. He does everything the right way. I just love Coach Tomlin and everything he stands for and that’s just another reason.”

Last night, Haden sent out this tweet and confirmed to reporters it was regarding Tomlin’s words.

COACH TOMLIN tells me Run through a WALL…😂🐐 pic.twitter.com/wdsSzhom2m

A feeling many of his teammates likely share. Tomlin’s comments should put any media speculation to bed. He quickly shifted the story from “could USC or LSU make an offer?” to “never going to happen.” It was the strongest denial possible and gave Tomlin hold on the story as opposed to being on the other side, not in control of the narrative.

That’s why it’s a good thing the question was asked during yesterday’s presser. Had Tomlin not been given the chance for that response, the rumors would’ve persisted and probably only grown stronger. Now, they’re dead in the water, and the focus fully shifts to taking care of business Sunday afternoon.

Joe Haden asked if he was amped up watching Mike Tomlin shut down the college coaching rumors yesterday:

“Psh, was I? .. He just knows how to carry himself. Be a man, address issues, shut stuff down. … I watching that interview just smiling ear to ear like ‘Look at coach.” pic.twitter.com/suxzwawNc5