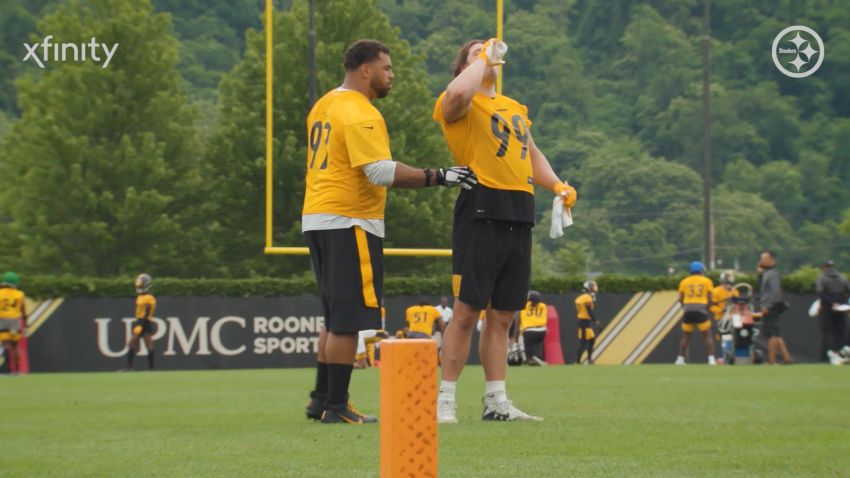 The stat lines might fool you, though. The Pittsburgh Steelers’ 11th-year veteran only has one sack on the season in five games, and just one hit (or two, if you go by Pro Football Reference), but he’s still been a very effective pass rusher with 19 total pressures and five batted passes, leading all linemen, and his run defense has been top-notch with 12 stops on the season to date.

“He’s in a completely different arena as far as that goes”, fellow lineman Henry Mondeaux said of the level at which Heyward is playing this season. “If you watch him on film, he’s a soldier. He gets doubled almost every play, deals with a lot, and he’s still getting to the quarterback, and tackles”.

“He leads the defense. He’s a great captain for us”, Mondeaux said Monday. “He’s been like that since I’ve gotten here, and I think even more so this year with guys like [Stephon] Tuitt and Tyson [Alualu] being out, he’s had to step up. It’s not just the younger guys. He’s had to really shine, and I think he has so far. He’s a great player, and a really good mentor to be around”.

Tuitt, the Steelers’ starting defensive end opposite Heyward, has been on the Reserve/Injured List since the start of the season, dealing with some type of knee injury, but he seemingly started moving last week, and may officially begin practicing this week.

Alualu is the Steelers’ starting nose tackle, who suffered a fractured ankle in the second week of the season. Many places, such as PFF, had the trio ranked as among the top 32 interior defensive linemen in the entire NFL, all on one line, so to be down two of them is a huge loss.

Heyward has had to pick up the slack for their absence. While they can hopefully get Tuitt back at some point not long after the upcoming bye week, they’re not likely to see Alualu against until next year, assuming the Steelers even bring him back.

It has been up to guys like Chris Wormley, Isaiah Buggs, rookie Isaiahh Loudermilk, and Mondeaux to fill the rest of that defensive line depth chart. The strain has certainly showed, but Heyward’s individual effort has been able to mask a lot of it. The biggest concern now is finding ways to keep him fresh as the season goes on.