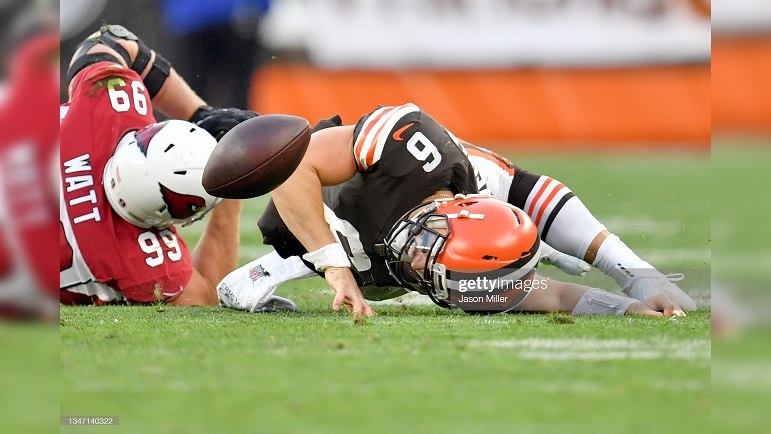 The Cleveland Browns have a key Week 7 game on Thursday night against the Denver Broncos and it was announced Wednesday morning that they won’t have starting quarterback Baker Mayfield more that contest.

The Browns announced on Wednesday morning that backup quarterback Case Keenum will get the start Thursday against the Broncos in place of Mayfield, who is battling a torn labrum in his left, non-throwing shoulder.

Mayfield, who was a limited participant in the Browns Tuesday’s practice, said earlier in the day that he planned to start Thursday night against the Broncos and that it would ultimately be his decision on the matter. Mayfield did add, however, that he would only play against the Broncos if he felt that his injury wouldn’t hamper the team or his own performance.

“Only I know how my body feels,” Mayfield said Tuesday. “If anyone questions whether I am hindering the team and going out there injured, that’s just not right. It’s my decision. I get to say whether I am able to play or not, and that’s just how it is.”

Mayfield originally suffered his left shoulder injury against the Houston Texans several weeks ago while attempting to make a tackle after throwing an interception. He continued to play through his injury and that included him wearing a shoulder harness for support. Mayfield aggravated the injury Sunday against the Arizona Cardinals when he was tackled by defensive end J.J. Watt.

A league source reportedly told ESPN that Mayfield was advised against playing Thursday night against the Broncos by both team doctors and his own doctor.

With Mayfield now out Thursday night against the Broncos, it will be interesting to see if Keenum can guide the team to a much-needed win. The Browns will not only be without Mayfield Thursday night, they’ll also be missing their top two running backs, Nick Chubb and Kareem Hunt, due to injuries. The Browns have also been dealing with their two starting tackles working through injuries as well.

After the Browns play the Broncos on Thursday night, they’ll then start preparing to play the Pittsburgh Steelers in Cleveland in Week 8. Will Mayfield be heathy enough to play in that AFC North matchup? Time will tell, but he certainly won’t play Thursday night against the Broncos.