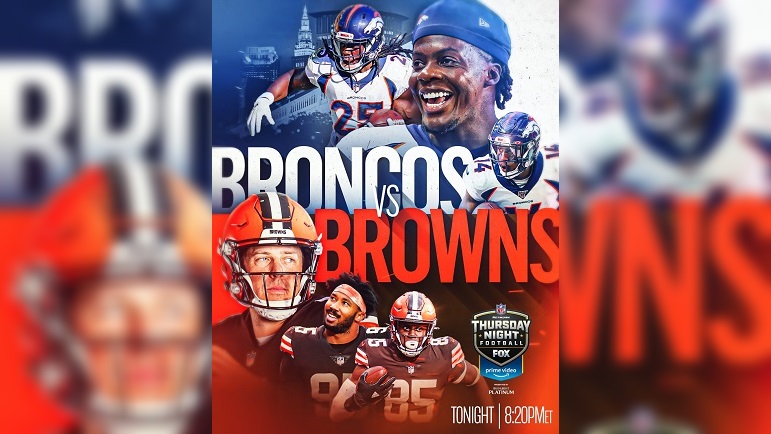 The Denver Broncos and the Cleveland Browns will kickoff Week 7 of the 2021 NFL season Thursday night. This game will include the Browns not having several key offensive players as quarterback Baker Mayfield, running back Nick Chubb, running back Kareem Hunt and tackle Jack Conklin will all miss the contest due to injuries. The Pittsburgh Steelers will play the Browns next Sunday in Cleveland so tonight we get a chance to do some pre scouting ahead of that Week 8 game.