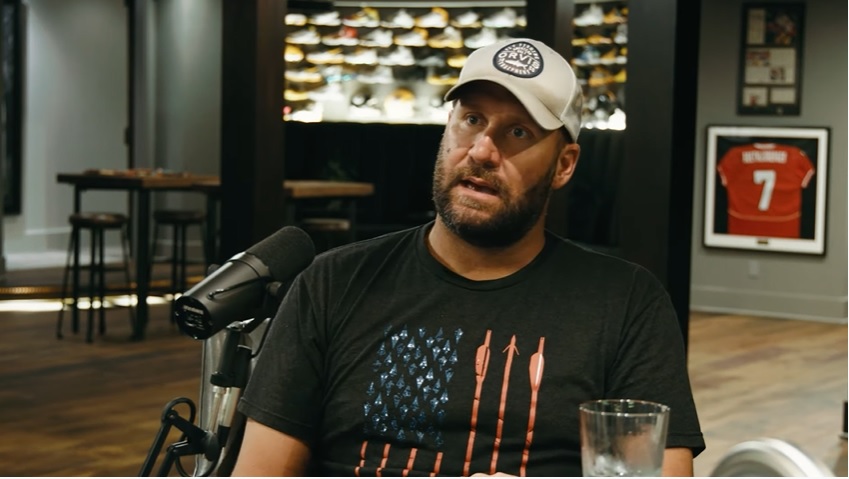 Ben Roethlisberger has been far from his best this season, riding the wave of highs and lows this year and frankly, one with more lows than highs. Playing through injury is nothing new to him but in a recent interview, he went in-depth about how his hip injury impacted him more than many of his previous injuries, leading to poor mechanics and below-the-line play.

In the latest episode of Different, a series following Roethlisberger’s 2021 season, he spoke about his hip injury and how it bothered him to start the year. The video was recorded after the Steelers’ Week 5 win over Denver and prior to the team’s Week 6 game versus Seattle.

“What people don’t understand is, when you throw a football, a baseball, an object, people are like, ‘it’s all in your arm,” Roethlisberger said in an interview included in the documentary. “Your arm, shoulder, elbow, this whole area. To a point, yes. But honestly, that’s the last thing when you throw a ball. The first thing when you throw a ball is your feet, your lower body. Has to be anchored, you have to step, the things you have to do starts lower. Then it works up to your core, all the rotational stuff, and your arm is last. Because my legs and my leg specifically have been hurting so bad, it’s really affecting my mobility, throwing, subtle movements in the pocket. Feeling like I can step in and make a throw has really been affected by how much it hurts.”

Roethlisberger had a severe hip bruise that clearly bothered him during the team’s first month of the season, leading to Steelers’ 1-3 start. From Week 2 to Week 4, Roethlisberger averaged just 6.1 YPA with more interceptions (4) than touchdowns (3).

He particularly struggled in Week 4’s loss to the Green Bay Packers, twice missing JuJu Smith-Schuster for big plays/touchdowns, which led Roethlisberger to really evaluate his game and struggles.

“What I’m trying to do is compensate by using all arm. So I noticed in the Packers game, I opened my stance way up. I wasn’t stepping to my target. I tell [my son] Benjamin all the time, step to your target when you throw. I was opening up, then I was over striding, basically trying to figure out a way to make it all come from [the upper body]. Forget the bottom part, let’s just focus on the top. Core and arms…because of pain.”

That’s something we pointed out in our review of the game. For example, he missed an easy checkdown to Najee Harris, thrown behind him because as Roethlisberger said, he failed to step to his target. Check the photo and his front foot and toe, pointed behind the target which is exactly where the ball goes.

I'm no expert on QB mechanics but Roethlisberger talked how his lower body was the main reason for his inaccuracy against Green Bay. Front foot (and hips) pointed opposite direction of his target.

Leads to the throw being incomplete behind Harris. #Steelers pic.twitter.com/cIjR37TJZF

Though it was obvious, Roethlisberger knew he wasn’t playing well enough.

“I try to deal with it and compensate and make something work…I felt those three games, I didn’t feel right. I didn’t feel good and it affected my play. Which then affected us playing and how good we do.”

Leading him to start from scratch for the Denver Broncos game. Working with new QBs Coach Mike Sullivan, with his reputation for being a detailed coach, Roethlisberger improved.

“I kinda of said going into the [Broncos] game, ‘no, no, no. I gotta find a way. You got know how to compensate. Alright Ben, I don’t care if it hurts. You’ve done this long enough. Figure it out. Make it happen.’ I felt like I did that a little bit last week.”

Roethlisberger improved in the win over Denver, throwing for 253 yards on just 15 completions with two touchdowns. It helps he only attempted 25 passes and was well-protected by the offensive line but his overall play took a step forward.

Despite being the old veteran who has seen and done practically everything, the hip injury was a new obstacle for him to overcome.

Roethlisberger hasn’t been hit at the rate he was the first month of the season. Combine that with the team’s bye week and he should be feeling as healthy as he has since the regular season began. He’ll need to stay that way to beat the Browns this Sunday and for this offense to succeed the rest of the season.