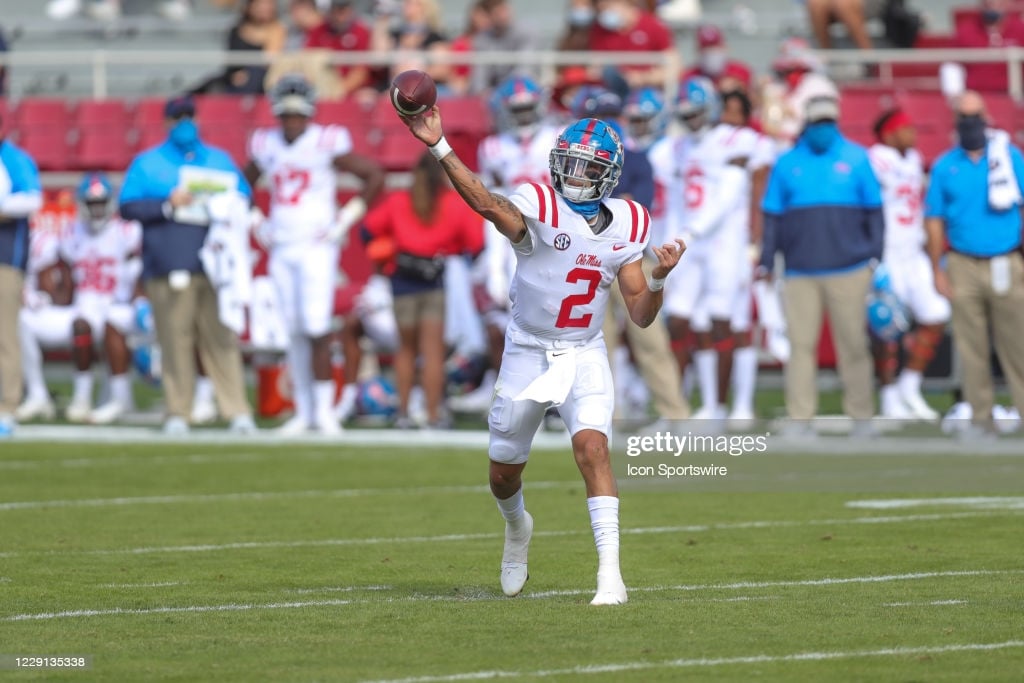 As players have risen and fallen on draft boards during the first half of the 2022 college football season, particularly at quarterback, teams have been strongly linked via mock drafts to specific options at the position. One such team is the Pittsburgh Steelers, who in my last mock draft roundup were looked at by multiple writers as a future home for Nevada’s Carson Strong.

That stays the same in this roundup, as two more writers, Drae Harris of The Draft Network and Luke Easterling of USA Today’s Draftwire, target the same player for Pittsburgh at the quarterback position. But in these mocks, that player is the current QB1 of the 2022 Draft class, Matt Corral of Ole Miss.

Harris writes of mocking Corral to the Steelers at ninth overall:

“It is apparent that the Ben Roethlisberger era is over in Pittsburgh. While they have other pressing needs, Pittsburgh opts to select Matt Corral here with this pick. They still need to shore up the offensive line, but getting a signal-caller will at least afford them a transition plan to go away from Roethlisberger.”

No surprises there, as Roethlisberger has shown his time running the team is at a close, and no position on the field is as important as quarterback. With a fantastic start to his season that has seen him record 1,728 yards, 14 touchdowns, and only one interception on 122-184 passing in six games, leading Ole Miss to a 5-1 start and near the Top 10 of the AP Poll, Corral has assuaged the concerns many had in projecting him as a guaranteed first-rounder this preseason.

As other quarterbacks have struggled, Corral has played some of the best ball of his collegiate career, fixing his biggest issue (turnovers) and looking like an NFL-caliber difference-maker. That has seen him rise to contention as the best in the class, eclipsing names that have struggled to various degrees like Oklahoma’s Spencer Rattler or North Carolina’s Sam Howell.

That is also why he appears as Pittsburgh’s pick at 15th overall in Easterling’s mock, which does not provide explanations for each selection. In both mocks, Pittsburgh was among the first to start the QB run — they were the first to take a QB in Harris’ mock, and only two picks after the first QB went off the board in Easterling’s.

Easterling’s mock does provide a couple extra picks, though, going three rounds. In the second round, the Steelers take Mississippi State tackle Charles Cross 46th overall. A popular first-round pick, even in the top 10 of preseason mocks, Cross in the second round provides excellent value and lets the Steelers address both of their biggest weaknesses at the start of the draft.

In the third round, the Steelers took Florida linebacker Brenton Cox Jr. 77th overall. An edge rusher who has started quietly with only 1.5 sacks in Florida’s first seven games, Cox is a former five-star prospect who retains that promise to make for an intriguing late Day 2 pick.