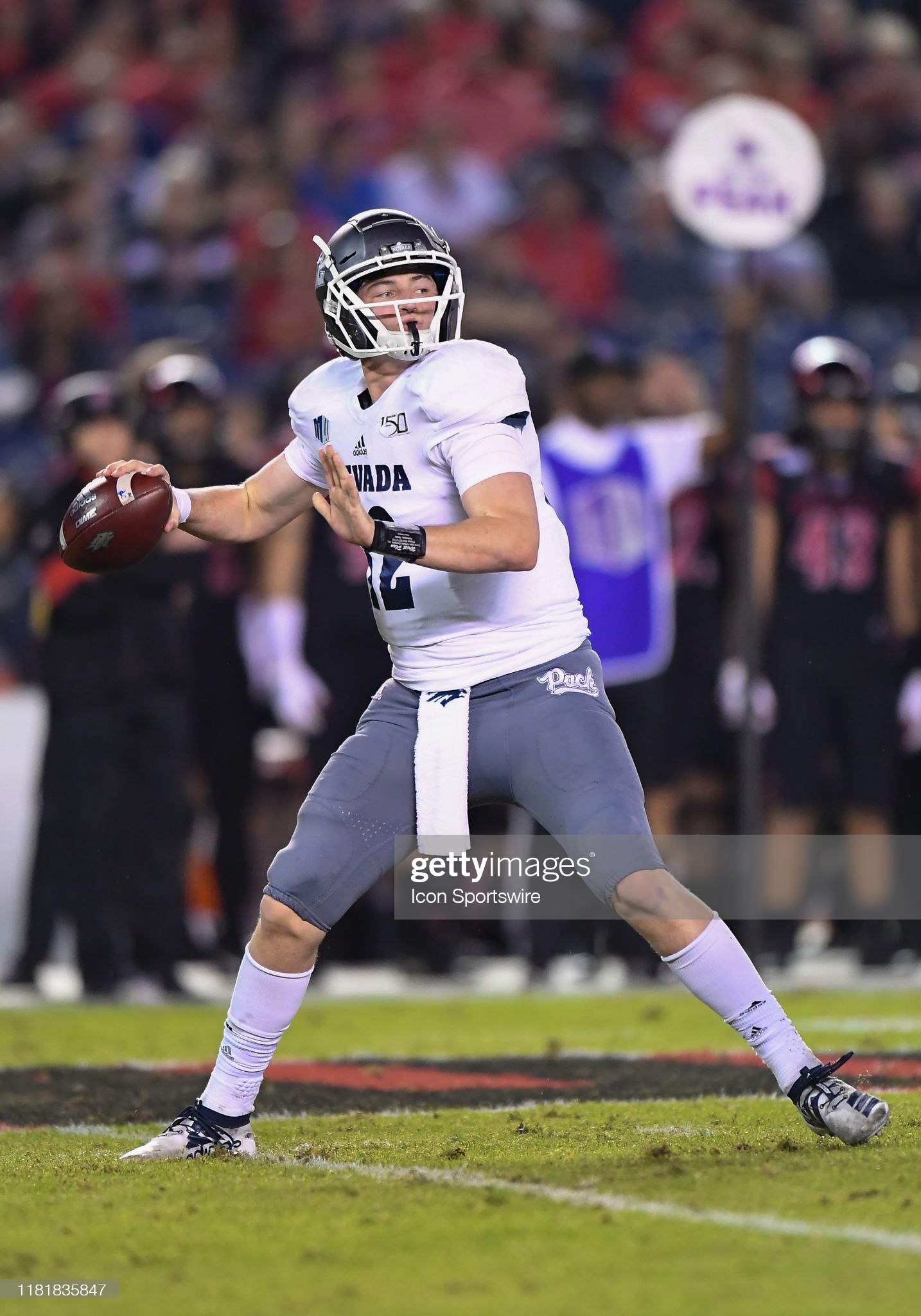 Through three games this season, and as the team readies to play its fourth this evening, the Pittsburgh Steelers have been enduring constant talk based around the future of its quarterback position, given the slow start by the team’s offense (seventh-worst in the NFL in total yardage) and the performance of Ben Roethlisberger thus far.

In what looks certain to be Roethlisberger’s final season, Big Ben has gone 83/130 passing, for 801 yards, three touchdowns, and three interceptions. He has also showed his age, failing to make some of the plays he has made throughout a Hall of Fame career. So that, coupled with a 1-2 start, has a lot of people looking ahead to the 2022 NFL Draft, and how the team could address the position.

That is also the direction two of the most recent mock drafts have taken, sending the Steelers a quarterback at 14th overall in the first round. And in these two mocks, the writers both agree on Roethlisberger’s successor, selecting Nevada QB Carson Strong. One of the writers is James Fragoza of Pro Football Network, who explains his decision:

“Ben Roethlisberger is a future Hall of Famer, but it is time to hang it up. He is throwing the ball at the quickest rate once again, and he isn’t pressuring defenses downfield. Do you know who will? Carson Strong. The young man from Reno, Nevada, has an intercontinental ballistic missile for a right arm, but he needs to prove that he can work through his reads and under pressure.”

Fragoza hits on Strong’s biggest selling point as a first-rounder: An incredible arm that will immediately stretch NFL defenses and can make some spectacular throws downfield, as well as fire in some rockets to the short and intermediate levels.

The big 6’4″, 215-pound junior from the Wolfpack is one of the best fits for the Steelers’ type of offense, from past years and the present new one, and has raised his stock so far this season while other potential first-rounders have struggled. Strong is 108/160 for 1,218 yards, eight touchdowns, and two interceptions through four games and a 3-1 start with Nevada.

Strong continues to look like a first-round quarterback, which is why he also appears in Marcus Mosher’s first-round mock this weekend for The Game Day, Mosher writing:

“2021 has to be the last year for Ben Roethlisberger and they find his replacement out West.

Strong is a big, strong quarterback that needs some work, but he has all the tools to be a star in the NFL.”

Strong has done some serious work to address his weaknesses, and does look like a potential future NFL star if he can continue to improve throughout the season. For a team who needs a player with that kind of ceiling to continue contending year in, year out, that makes Strong a fit for Pittsburgh.