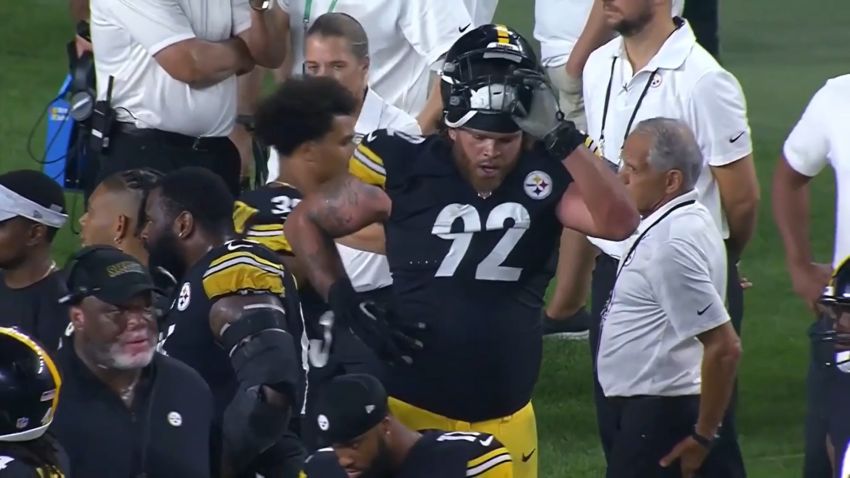 Well I guess it’s Loudermilk Hour around here, since topics seem to be converging lately to get the rookie some coverage. I talked about him yesterday in my stock watch series, not really giving thought to the idea that he would be next up in this one. Chris Wormley also had some things to say about the rookie that we now have covered.

But this venue lets us go back to the beginning with this pick and how surprising it was that it even happened—for not the least reason being the fact that the Steelers didn’t even have a fifth-round pick entering the draft. And they didn’t trade up, or down, to get it.

They traded into the fifth round, giving up a fourth-round pick in the future, in order to add an additional pick in the 2021 NFL Draft without touching any of their picks already locked in. And that’s because they locked in on Loudermilk, whom they viewed as being among the last defensive linemen in the draft who fit the profile they were looking for—even though many draft analysts would have had him more likely to be a priority free agent than a mid-round pick.

But it doesn’t matter how you got here or where you were before you arrived. Loudermilk has, from all accounts, being a good student, not only from Karl Dunbar, but perhaps especially from the veterans in the defensive line room, such as Cameron Heyward and Tyson Alualu.

The expectation heading into the season was that this would be a ‘redshirt’ year for him, and he was likely to be a healthy scratch from start to finish, but injuries have changed those plans. He’s now played 61 snaps over the past five games on defense, and he has shown improvement during that time, coming off of perhaps his best game against the Seahawks. He figures to continue dressing until Stephon Tuitt gets back.