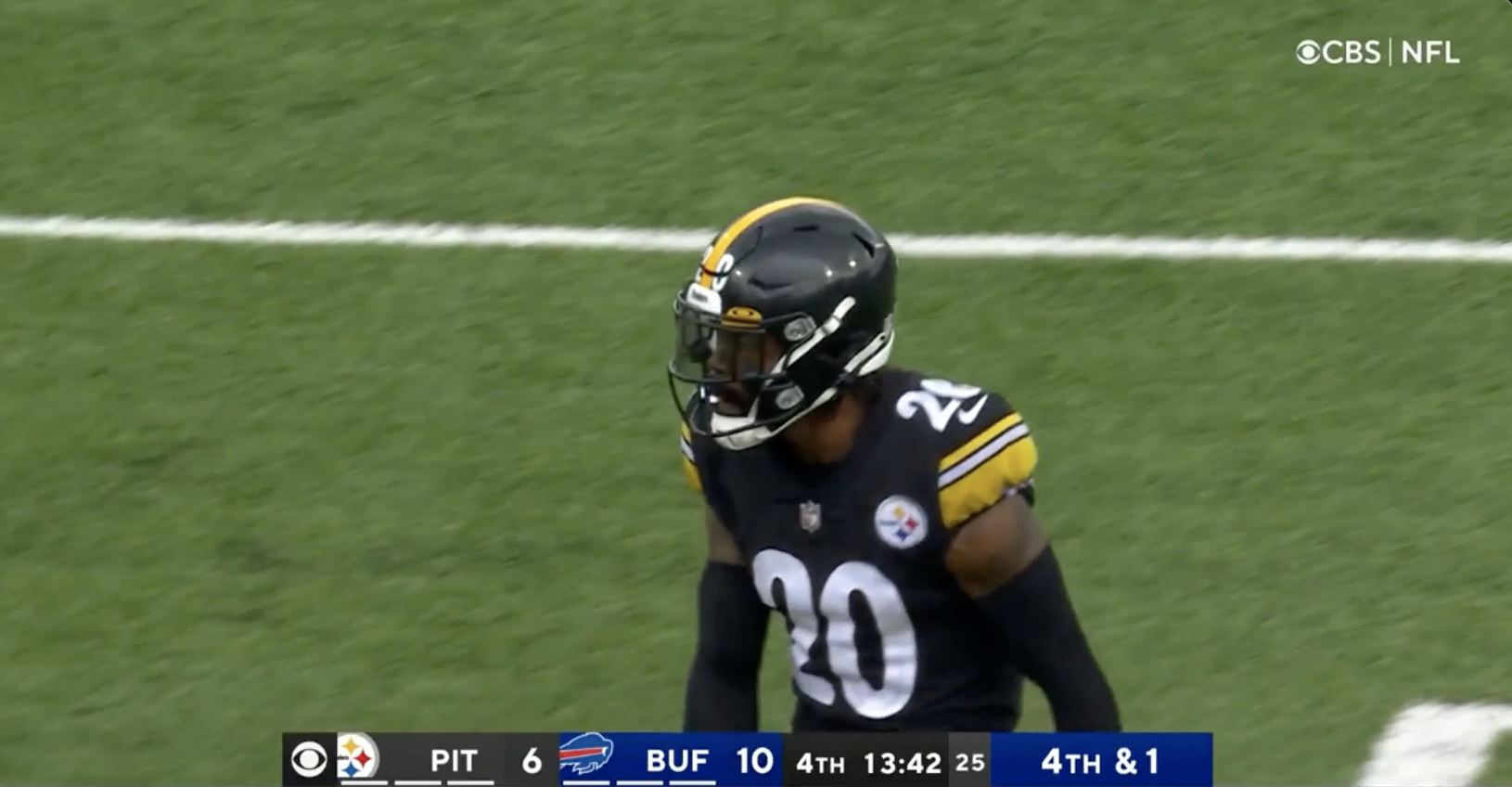 Following each game in the 2021 Steelers season, I will be highlighting the play or event in the game that is the turning point in the game.  These aren’t meant to be anything earth-shattering but meant to take a deeper look at how we arrived at the outcome of the game that may be hard to see during the first live watch.

Knowing that I would be writing this had me actively thinking about this coming throughout the game. With the way the Pittsburgh Steelers offense played in the half, I whole-heatedly was expecting the Buffalo Bills being able to convert on 3rd & Goal just before the half as the moment I’d be writing about. At that point, it really felt like a two-possession lead was enough to put this game away.

Thankfully, coming out of halftime the Steelers were able to finally put together two drives and get a pair of field goals on the board off of Chris Boswell’s toe.  The second of which I thought may be another turning point prospect depending on the outcome of the game. For someone that often says, “we won’t live in our fears,” I was sure Mike Tomlin may regret kicking a field goal from the two yard-line instead of attempting to tie it up being down 10-3.

Tomlin’s decision ultimately laid on him putting trust in this stout Steelers defense. After the Bills first drive of the half resulted in a 12-play drive that ended in a turnover on downs and the overall dominance of the Pittsburgh defensive line thus far into the game, it’s easy to see (especially in hindsight) the trust Tomlin rightfully had in his defense as we get to our turning point of the game.

The start of the fourth quarter began with a Bills 2nd & 10 from the 50-yard line and the CBS broadcast letting us know that the Bills were 12-0 last season when entering the final quarter with a lead. 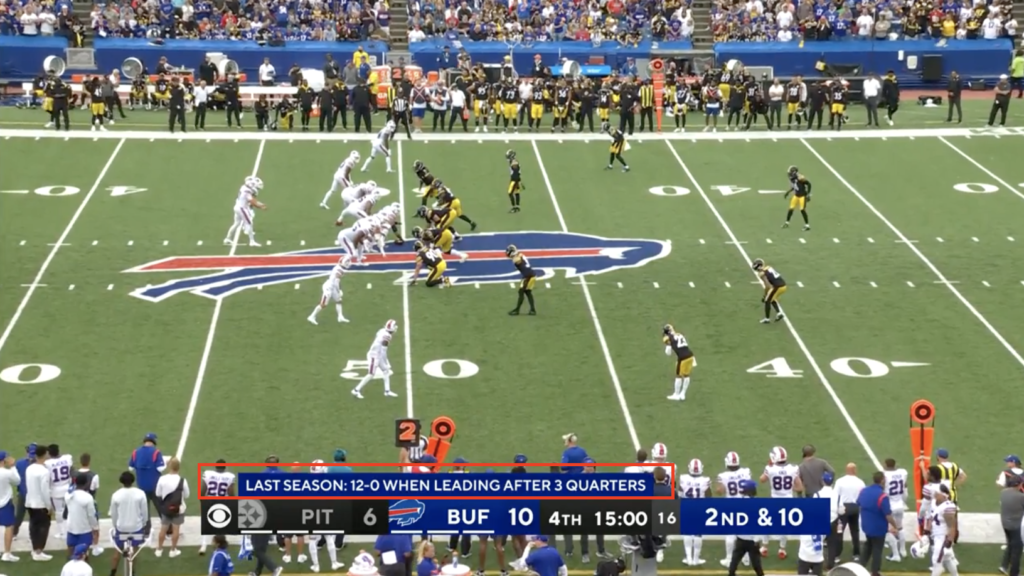 Bills quarterback, Josh Allen, is able to find Stefon Diggs on a seven-yard dig route against James Pierre’s man coverage. Setting up a third and very manageable for the Bills.

With the line to gain at the 40-yard line a third-down conversion here would put the Bills right on the edge of field goal range and the ability to go up a minimum of a touchdown after Tomlin’s decision to kick the field goal earlier in the third quarter.

The Bills end up running a sweep to the right and with TJ Watt trying to swim inside, Minkah Fitzpatrick flies down from out of the camera view to fill the gap and lay a hit hard enough to just keep the Bills running back from picking up the first down.

After missing two tackles and getting powered through for a first down conversion earlier in the day on Josh Allen, Minkah makes up for it here and shows you why you give up a first-rounder for a player of his ability. Big-time players make big-time plays in big-time games.

Yesterday, none may have been bigger than that of Cam Sutton on the following fourth-down play. With the way Allen was killing the Steelers with his legs on money downs, I thought for sure he’d be keeping the ball here as well.

Looking at the play, Josh Allen fakes a QB sneak and then throws it out Matt Breida in the flat almost like a pitch. Sutton’s suddenness and decisiveness blows it up. The Bills were planning on the fullback taking the corner out of the play and then letting Matt Brieda’s game-breaking speed do the rest of the work on the edge.

The Bills assumed motioning the receiver across would bring Sutton into the formation, actually making it easier for Brieda to make it to the edge, but without the block from the fullback it had the exact opposite effect.

After the game, Sutton and Tomlin both mentioned that they expected the play was coming on 4th-down.

The massive stop was a play you could just feel and physically see the entire momentum shift sidelines. After the stop, even with Matt Canada trying to kill the momentum with a tight end screen to Nate Gentry, the Steelers were able to go down the field to score their first and only offensive touchdown of the game.

They wouldn’t look back as the blocked punt touchdown the Bills surrendered on the following drive felt like it put the final nail in the coffin as the Steelers went on to win 23-16.