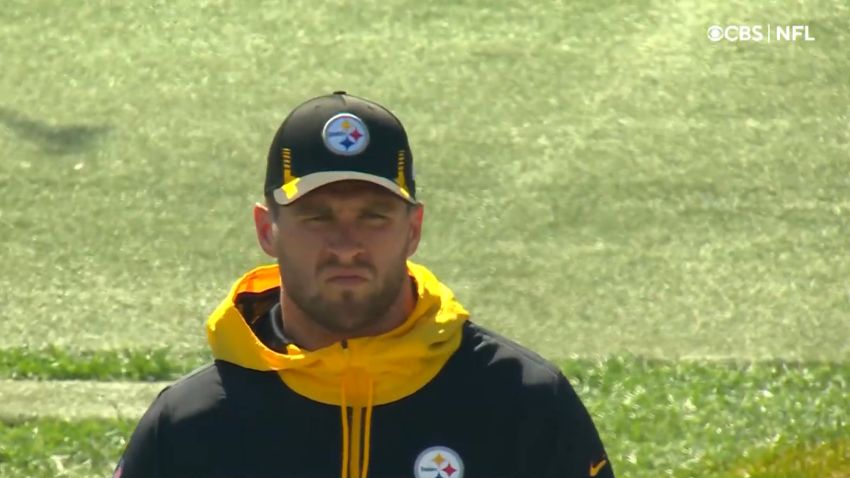 Most Steelers fans followed the preseason drama around rock star OLB T.J. Watt’s contract extension by chewing their fingernails until they were gone.  But for those who missed it, here’s a quick recap:

TJ Watt and the Steelers finally agreed to terms a mere 3 days before the Steelers faced the Buffalo Bills to open the 2021 season.  While HC Mike Tomlin was confident that Watt would be ready with only a few days of full practice, fans questioned if Watt would be in “football shape”, having skipped all of the team drills and preseason games, with only 2 days of practice with his teammates.  As it turned out, Watt was a beast, harassing Bills QB Josh Allen all day and logging 2 sacks including a forced fumble, as the defense dominated Buffalo to secure the win.  But prior to the game, we had no idea that was coming.

Fast forward to the Week 2 matchup against the Las Vegas Raiders in Pittsburgh.  Watt once again was off to a fantastic start, wreaking havoc, bringing pressure, and causing another sack and forced fumble.  But by the 2nd Q he was on the sidelines without his helmet and it was soon reported that due to a groin injury, his day was done.

Fans immediately sounded off on Twitter, wondering what the strength and conditioning coach was doing wrong that allowed this to happen, not only to the superstar OLB but also to CB Joe Haden and ILB Devin Bush, already sidelined with groin injuries this week.

Before we fire a coach, let’s look at groin injuries.  Although a fairly generic term, groin injury refers to muscle pain in the groin, most commonly from a muscle sprain.  A sprain is a tear in the muscle.  Here’s the anatomy of the groin: 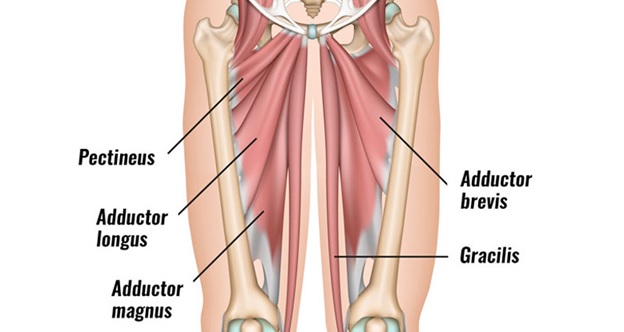 The most common muscle involved is the adductor.  Risk factors for a groin sprain include:

The most common mechanism of injury is rapid change of direction, quick movements of the leg against resistance (i.e., kicking), or sprinting.  The diagnosis is usually made by physical exam, as shown here.  Since MRI is non-invasive, it is also used fairly commonly with NFL players.

The initial treatment is the typical RICE plan: rest, ice, compression and elevation.  Compression of the groin is usually done with a tight wrap or a brace to reduce swelling.  Ultrasound treatment and massage therapy can also be helpful.

As with most sprains, groin injuries are graded on a scale of 1 to 3 and Physiopedia has a good description:

As far as recovery goes, it depends on whether it is just muscle that was torn or the tendon that attaches the muscle to the bone as well.  As you might imagine, a torn tendon as part of a groin injury requires a longer period of inactivity to heal.  Within each grade there will be variability on recovery time but the common recovery times are:

In a review of over 22000 players, the Union of European Football Association identified 1754 groin adductor injuries.  The mean return to play was 13.5 days.

So did this happen because TJ Watt skipped team drills during training camp as well as the preseason games?  I doubt it and here’s why…

In his press conference a few days before the Week 1 game after signing his megadeal including $80M fully guaranteed that made Watt the highest paid defensive player in the league, he fielded a question about his readiness to play:

How ready do you think you are game-wise? How much can you simulate hitting and game-type play from the sidelines of practice? (Chris Adamski, Tribune-Review)

“They always say it’s different being in shape and being in football shape, and I believe that as well. But we worked extremely hard to have the Catapult GPS monitor on me, reflecting numbers from last year and trying to make sure that I was in the top percentile of the guys that were active practicing. I feel like we did a great job.” (TJ Watt)

Wait, what?  We thought Watt was just doing some sprints on the sideline.  What the heck is a Catapult GPS and how did that help Watt train?

Catapult makes wearable technology for elite and recreational athletes that allows for data tracking to improve performance.  Ironically, there is actually a photo of the Steelers offense on their website page for football but they work with all 32 teams.

The tracker is worn by the athlete in the back of a vest: 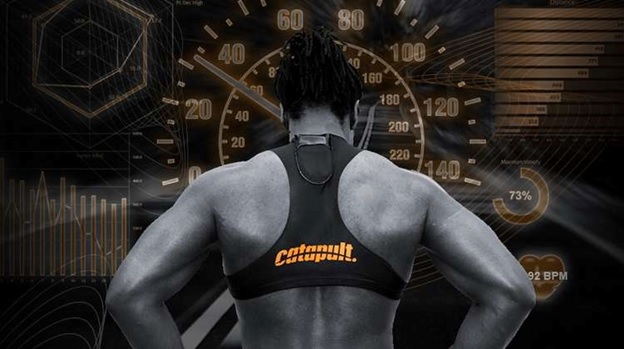 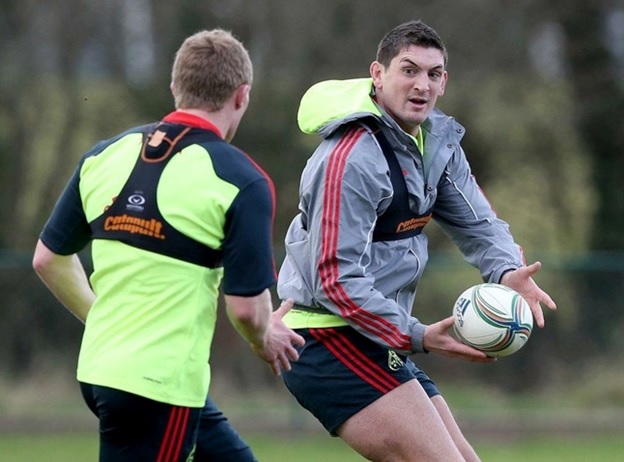 The company’s innovative technology is a blend of GPS and LPS aimed to optimize performance and better assess player risks. The device is installed in a vest that players wear under their jerseys and shoulder pads.

The wearable technology tracks more than 1,000 data points per second within one to four inches. It provides real-time metrics, such as distance and training load, to player information, such as heart rate and how fast they accelerate or decelerate. The technology’s ability to provide high-level positional, inertial and event metrics in real time has numerous benefits for coaches and players, both during and after the game.

Each device, which is 48 mm x 40 mm x 6 mm and weighs 53 g, can be programmed to monitor different elements, which is key for obtaining position-specific stats. This enables players and coaches to better understand the demands of each of the game’s unique positions, quantify a player’s workload, and keep better track of contact made.

If you want to really nerd out, check this extremely deep dive into wearable sensor technology.  This is different than the RFID chips placed in players’ shoulder pads, the game balls, the pylons and the down marker sticks and chains which fuel Next Gen Stats, by the way.  So based on TJ Watt’s comment, he was wearing this tracker throughout the preseason and the data generated was used to assess his fitness, burst, agility and speed compared to his performance in 2020 and his teammates in real time.  And if his current data matched last season, it’s fair to assume that he was in excellent shape from a strength and flexibility standpoint.

Based on how TJ Watt looked walking off the field and standing on the sidelines yesterday, I would guess that he has a Grade 1 groin sprain and the team is exercising caution with the star of the defense.  We already saw Alex Highsmith return to play in a matter of days from a groin injury.  I would expect we will see the same with TJ Watt.  I wouldn’t rule him out for the Week 3 game against the Bengals just yet.