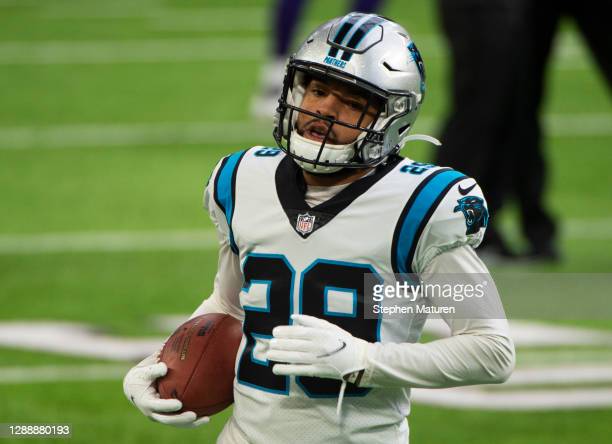 While the Pittsburgh Steelers have set their 53 man roster, it’s unlikely to remain in its current form when the team travels to Buffalo less than two weeks from now. With a slew of roster cuts around the league yesterday, there’s a pool of players who could and should be on the team’s radar. Here’s a list of players who make sense for the team to add over the next 24 hours.

We’ll break this down into the two areas the team is most likely going to look at. Interior offensive line and slot corner/safety.

Caleb Benenoch/New Orleans Saints – Ideally, the Steelers will find someone with versatility, especially inside, and experience. Benenoch checks those boxes. A fifth round pick in 2016, he’s bounced around multiple teams including spending time with the Buffalo Bills and New Orleans Saints this season.

From the dot-connecting angle, Benenoch attended UCLA where he was coached by current Steelers’ O-line coach Adrian Klemm. So those two know each other well.

Alex Redmond/New England Patriots – Similar reasons as Benenoch. Redmond attended UCLA and was coached by Klemm. He has 24 career starts, all with the Bengals, so the Steelers know him well. But that might work against Redmond because he struggled mightily with the Bengals.

Carson Green/Houston Texans – Green lacks experience, a seventh-round pick in this year’s draft. But Pittsburgh showed pre-draft interest in him with assistant O-line coach Chris Morgan meeting and working him out at his Pro Day along with Dan Moore Jr., who the team ultimately drafted.

Green’s odds of coming to Pittsburgh are probably on the lower end, but it’s at least worth mentioning his name.

Matt Skura/Miami Dolphins – Skura’s been a hot name for Steelers’ fans the last couple days. After working as Miami’s starting center for the start of camp, he was a surprise cut. Skura made 51 starts for the Baltimore Ravens from 2017-2020, playing well before suffering a severe knee injury. He’s battled back and is healthy enough to play but it’s fair to wonder how much of a dropoff there’s been in his play.

Jermaine Eluemunor/Jacksonville Jaguars – Another former Raven, the bulk of his starting experience came in 2020 as the Patriots’ starting right tackle last year before suffering an ankle injury early into the year. Eluemunor has great size at 6’5″, 330+ and guard/tackle versatility. He’s still just 26 years old.

Dakota Dozier/Minnesota Vikings – Dozier isn’t exactly a good NFL guard. But he’s an experienced one. He started every game last year for the Vikings but was part of yesterday’s roster cuts. He’s on the older side at 30 but has 27 career starts with experience at center, guard, and tackle in his career.

Senio Kelemete/San Francisco 49ers – Kelemete’s been on my radar and wish list before. He’s nothing more than a career backup who has started double-digit games in a season just once in his career and has just six starts over the last two. But he’ll be among the most versatile linemen available and that’s enough to get you on this list. At 31 years old though, his age will work against him.

Derwin Gray/Tennessee Titans – If the Steelers wanted to go with a more familiar face, they could land on Gray, who briefly impressed two years ago before getting claimed off waivers by Jacksonville. The Jags cut him eight days ago but he was claimed by the Titans; if Pittsburgh put in a claim, they would’ve been behind Tennessee. Gray doesn’t have the experience most of these other names do. But Pittsburgh probably wouldn’t mind a reunion.

Karl Joseph/Las Vegas Raiders – Arguably the most popular name on this list, Joseph was released by the Raiders yesterday. He wouldn’t ideally fit the slot corner role but he’s a versatile, physical player who can line up all over the defense. At worst, he’ll offer quality safety depth. Pittsburgh brought Joseph in for a visit in late March. He left without a contract and signed the Las Vegas.

It’s concerning Joseph was released again, but the Steelers should still have a level of interest in him, especially since they’ve done nothing else to address safety depth beyond watching Tre Norwood grow.

Jimmy Moreland/Washington Football Team – Moreland is an interesting fit and surprise cut by Washington yesterday. His situation is a little murky. He was officially waived/injured by the team with what’s being called a minor knee bruise that shouldn’t cause him to miss much time (though enough to be designated as injured by the team).

Claiming waived/injured players is uncommon, but Moreland’s situation is also a little unique. But if the Steelers claim him, there’s the question of exactly when he’ll be ready to practice and how much time he’ll need to get up to speed. He started five games for the Football Team last season, recording 44 tackles with one interception and one forced fumble.

Nate Hairston/Denver Broncos – Denver had a deep CB room and they reportedly fielded calls from teams looking to make a trade. That didn’t happen and Hairston was odd man out, cut in favor of seventh-round pick Kary Vincent Jr. Hairston has bounced around a bit and hasn’t started a game since 2019. He reportedly had a strong training camp, which should draw the interest of the Steelers’ pro personnel department.

Corn Elder/Detroit Lions – Sleeper name here. And a heck of a first name too. A former fifth-round pick and still 26 years old, Elder appeared in 16 games for the Carolina Panthers last season. He’s undersized but is a physical player, as we noted in our pre-draft scouting report when he came out of Miami (FL). Not someone who should start over Sutton in the slot but a backup and special teamer (147 snaps on STs last season, 190 in 2018).

Darian Thompson/Dallas Cowboys – Thompson, 27, was released by Dallas yesterday. The Cowboys reportedly hope he circles back but perhaps the Steelers, who brought him in for a pre-draft visit in 2016, still have interest. Thompson’s recorded 11 starts over the last two years with over 80 combined tackles and one interception. Thompson has started at free and strong safety.