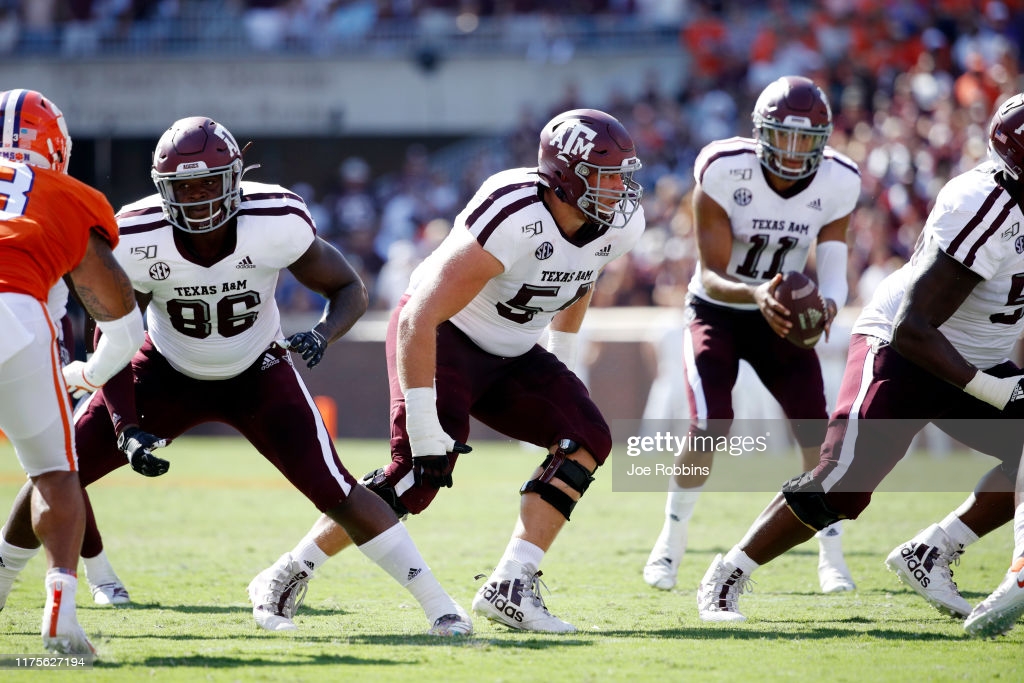 Texas A&M offensive linemen Carson Green says he is meeting with Pittsburgh Steelers’ assistant offensive line coach Chris Morgan later this week, according to this tweet from Justin Melo of The Draft Network.

He's also recently communicated virtually with the #Colts and #Giants.

I previously reported that he met w/ the #Cardinals OL coach via Zoom.

Green, listed at 6’6, 330 on the Aggies’ website, was a three-year starter at offensive tackle in school. In total, he started 39 games for them.

In August of 2019, Pro Football Network’s Tony Pauline issued this blurb on Green, giving him a fourth round grade.

“Texas A&M right tackle Carson Green is a nimble lineman who bends his knees and blocks with solid fundamentals. He easily moves around the field and is very effective blocking in motion, but he must improve the strength of his base.”

Some draftniks, though, have speculated if Green will move to guard at the NFL level. He’s projected to be a Day Three pick, probably later than sooner, especially given how strong of an offensive tackle class this is. Pittsburgh will add to their offensive line in the draft. It wouldn’t be surprising to see them take a center early in the draft and follow that up with an offensive tackle later.

Texas A&M will hold their Pro Day on Tuesday, March 30th. We’ll see if Morgan and/or the Steelers are there for that workout. Odds are good they will be.

We’ll have a scouting report on Green before April’s draft.