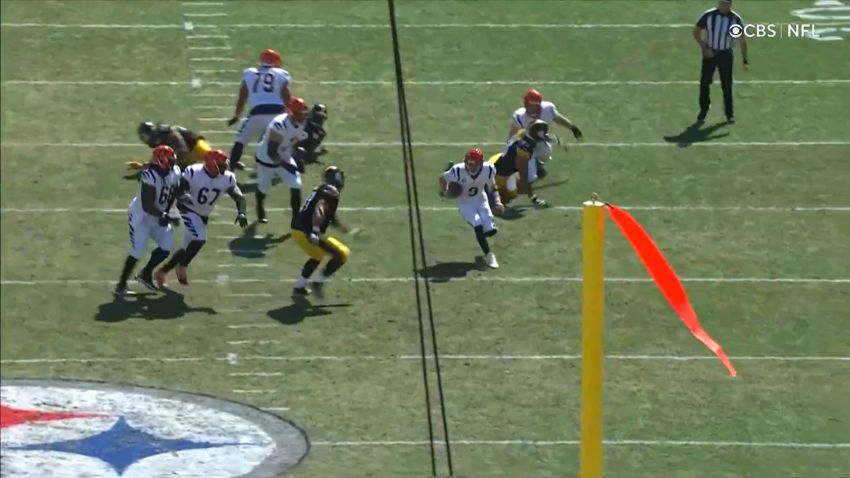 The Pittsburgh Steelers have been, bar none, the best pass-rushing defense in the NFL for the past several years. They’ve led the league in sacks every year. They’ve sent their pass rushers to the Pro Bowl. Their pressure rate has been consistently high.

And then yesterday’s game happened. The defense did not register a single sack against the Cincinnati Bengals and quarterback Joe Burrow. They didn’t even manage one ‘official’ hit, by the NFL’s scorekeeping, though Melvin Ingram was able to draw a roughing the passer penalty, so take that with a grain of salt.

The long and short of it is, the pass rush came up well short, and in a way that it had not in a long, long time. It was the first time in 75 games, going all the way back October 23, 2016, in which they failed to register a single sack in a game. It was an NFL record, the longest sack streak in NFL history, which began on November 6 of 2016 against the Baltimore Ravens, and ran through last week’s game against the Las Vegas Raiders.

Of course, the defense was without T.J. Watt, Alex Highsmith, Stephon Tuitt, and Tyson Alualu, four members of their starting lineup in the front. They still had Melvin Ingram on the edge, as well as Cameron Heyward, one of their perennial Pro Bowlers, who had played great the past two weeks.

But they also didn’t have a lot of opportunities. Burrow only attempted 18 passes for the entire game, controlling the ball for under 25 minutes, as several long drives by the Steelers’ offense helped to keep them off the field. But excuses are excuses.

“We got some hits on him early. We caused an interception because of it, but then after that, they got the lead, and he wasn’t really exposed to that”, Heyward said after the game about the defense’s ability to put pressure on Burrow.

“He got the ball out quick. Tip the hat to their offense. That’s going to be the gameplan for any team that plays us. They’re not going to sit back and let us do it. When we don’t get the lead, we do not get the chance to really light our hair on fire, and that’s what’s going to happen”.

They had better hope that this is a one-game anomaly, and really, I can’t think of a good reason that it isn’t, provided that they can get their players back. Watt and Highsmith are hopefully one-week injuries. Tuitt is eligible to return from the Reserve/Injured List this week. Those would be some bigtime sparks to the unit. They were dominant in the opener on the road against the good team with a good line. The difference is they were healthy.