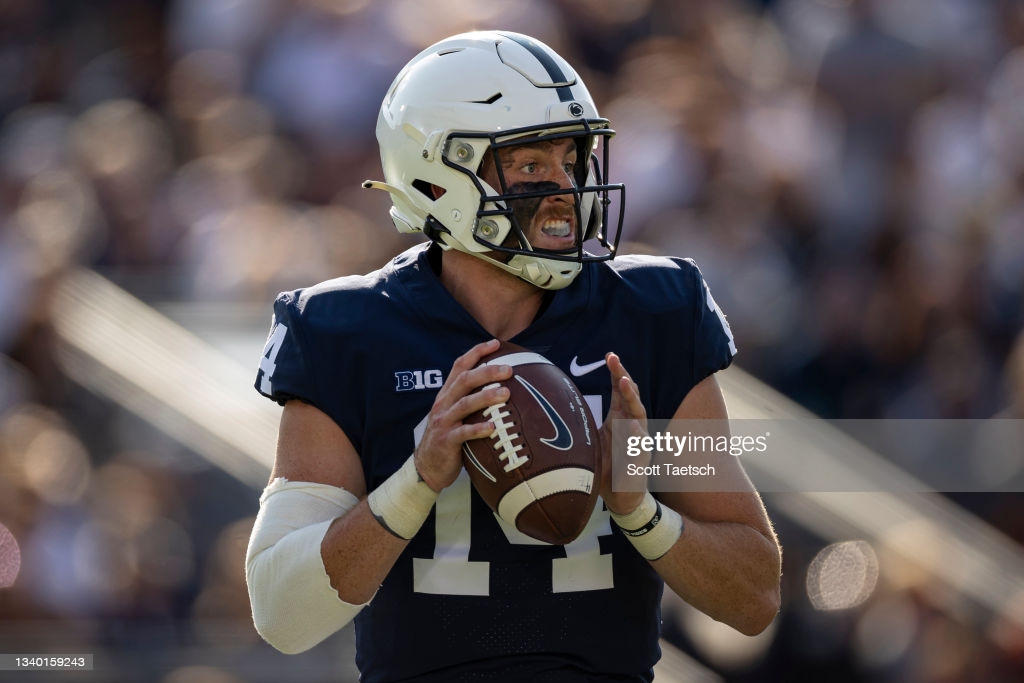 In a SEC showdown featured at Jerry’s World in Dallas, TX, the #16 Arkansas Razorbacks pulled off the upset on #7 Texas A&M. Part of that success can be attributed to the performance of junior WR Treylon Burks who had six receptions, 167 yards (27.8 YPR) and a TD along with 14 yards rushing. Burks had the first big play of the game with an 85-yard touchdown catch on a dime from KJ Jefferson on the Razorbacks’ second possession. He showed the ability to win deep down the field, stacking the outside corner along the sideline and got a step behind the coverage to bring in the deep ball for the game changing play.

Burks also made an impressive one-handed grab later in the game, showcasing his ability to make plays outside of his frame and play the role of a physical, contested catch receiver at the next level. His size (6’3, 225lb), explosiveness, and ability to contribute on the ground make him a physical specimen in the mold of former Ole Miss WRs A.J. Brown and D.K. Metcalf who are currently tearing it up in the league. Should Burks continue to build off of this performance, he could be in-line to hear his name called as one of the first wide receivers drafted next spring.

While the Aggies found themselves on the losing end of the matchup with the Razorbacks, standout OL Kenyon Green had himself a day in the trenches. He played at both RG and LT for the Aggies offense due to injury and inconsistent play by other teammates in the lineup, starting inside at guard but kicked out to the blindside later in the game.

Green looked sound in pass protection as well as operated as the road grader he is known to be on the ground in the running game. His footwork and ability to mirror pass rushers for a man as thick and dense as he is can be a sight to see, not to mention the power he has in his punch as a run blocker and displace defenders off the LOS. Should the junior decide to declare after the season, expect his talent and versatility displayed against a stout Arkansas defensive front to warrant first round consideration as a foundational player at guard who could also carve out a solid career at tackle as well.

The Alabama Crimson Tide rolled to another convincing win Saturday night with a 63-14 beatdown on Southern Miss. QB Bryce Young had an outstanding performance in the contest, throwing for over 300 yard and five scores. However, it was Billingsley who was the leading beneficiary of his QB’s stellar play, catching five passes for 105 yards (21 YPR) and a TD.

Billingsley had a long of 33 yards on the day and was a mismatch for any linebacker or safety tasked with covering him. More of a WR build than a traditional TE standing 6’4, 230lb, Billingsley projects to be that move/Y-tight end at the next level that will probably not be the most consistent blocker but will be a good weapon in the receiving game up the seam and over the middle of the field against lesser athletes tasked with covering him.

The Oregon Ducks are flying high after their upset against Ohio State a few weeks ago, and after their most recent win against Arizona this Saturday, one defender is making waves in the draft community amongst scouts. Redshirt safety Verone McKinley III is off to a hot start this season and has been one of the key reasons the Ducks defense has played as well as they have with stud EDGE rusher Kayvon Thibodeaux dealing with injury. McKinley III finished the day against the Bearcats with six total tackles (four solo), and an INT, giving four on the season in four games. He has been a steady presence on the backend of the Oregon defense and his playmaking abilities undoubtedly will boost his draft stock.

Iowa State fell to the hands of Baylor in Waco Saturday afternoon, but star RB Breece Hall did everything in his power to will the Cyclones to victory in the comeback attempt. Hall had himself a day on the ground, toting the ball 27 times for 190 yards (7 YPC) and two TDs while adding in five receptions for 51 yards (10.2 YPR) and a receiving TD.  It was by far Hall’s best performance on the year. He had found pay dirt in every game this season but underwhelmed early on to start the year in terms of efficiency.

Hall is a physical runner with good size (6’1, 220lb), but stylistically plays in the mold similar to Le’Veon Bell, being a patient runner that can start and stop quickly and waits for blocks to develop in front of him before hitting the hole. His added receiving chops at his size make him a viable three-down feature back that many have projected him to be since last season, making him a likely candidate to hear his name called in the 2022 NFL Draft as the first running back off of the board.

Steelers Depot’s very own Alex Kozora was in attendance for the showdown in Happy Valley with the Nittany Lions facing the Villanova Wildcats. Penn State won the game 38-17 behind a great effort from their signal caller Sean Clifford who statistically had a game for the record books at Happy Valley, completing 19-of-26 passes (73.1%) for 401 yards and four TDs and one INT.

Clifford carved up the Villanova defense, as was expected, but his performance proved to be a continuation of the last several games with him at the helm of the Nittany Lions offense, having secured two big-time wins against Auburn and Wisconsin early on this season. His completion percentage thus far in 2021 is notably higher than it was in 2020 (71.7% to 60.6%), along with his average yards per attempt being over two yards higher-per-pass. His performance this season has helped another draft hopeful, WR Jahan Dotson boost his draft stock ahead of the 2022 NFL Draft, getting off to a fast start this season including a seven reception, 117-yard (16.7 YPR) performance with a score.

Penn State looks to boast a lethal passing attack when coupled with a productive ground game and stout defense makes them worthy of their current top ten ranking. Clifford’s ascension as a passer in his senior season is the key in the team’s hot start. It may be early to declare Clifford’s this year’s version of Joe Burrow or Zach Wilson who rises from obscurity to become a relevant draft prospect, but should he keep this production going, especially in the upcoming matchup with the 5th ranked Iowa Hawkeyes and their stout defense in a couple weeks, it may be time to put more respect on Clifford as a name we need to recognize as a NFL-caliber QB.

What are your thoughts on the names mentioned above as potential targets the Pittsburgh Steelers could have interest in lead up for the 2022 NFL Draft? Who are some names of other prospects that had a good week that you think the team may be interested next spring? Please leave your thoughts in the comments section below and thanks again for reading!