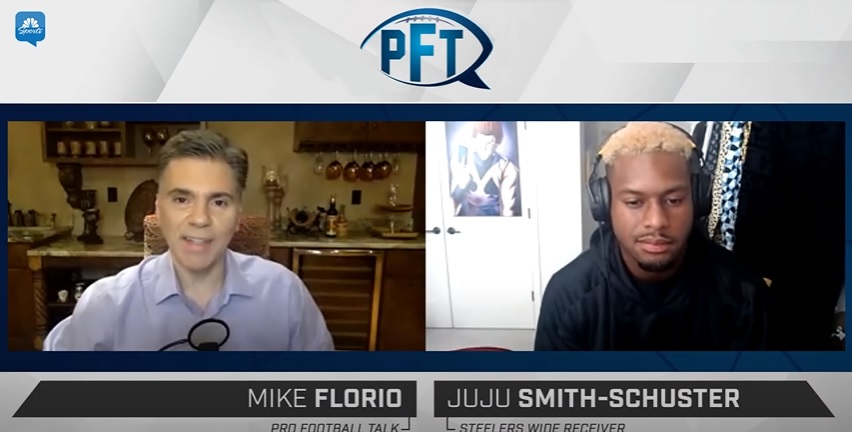 That’s the line from Wall Street knockoff movie Boiler Room (for you podcast listeners, one of about four movies I’ve ever watched). The idea being showing energy changes mindset and ultimately changes results. New OC Matt Canada is going to bring a lot of motion to this offense and in doing so, hopefully give the Steelers the boost they need.

Appearing on Pro Football Talk with Mike Florio, WR JuJu Smith-Schuster described what the offense will look like in 2021.

“Most definitely,” he said when asked if there will be more pre-snap motion under Canada.” “It’s not, ‘Hey let’s just line up and run through our plays.’ It’s moreso ‘Hey, let’s line up, pre-snap motion, come here, you go there.’ Moving people around, being able to see Najee playing in the slot as a receiver too. So you’re going to see a mix of everything because we’re not going to go right to, ‘Hey, we’re just lined up, run plays.’ It’s moving everybody around, see who we can get the ball.”

Smith-Schuster’s comments here are the furthest thing from a revelation. It was about the one thing you could expect from Canada when he was promoted from QBs coach to OC. Pre-snap motion was a hallmark of his college offense about every step of the way from NC State to Pitt to LSU to Maryland. And it’s been evident with the Steelers, too.

For all returning players, it’s an adjustment. Probably less so from Smith-Schuster than say, Ben Roethlisberger, but Smith-Schuster is making the switch just the same.

“For myself, it’s very different… it’s a lot different because in Matt Canada’s offense there’s a lot more things that are different to it. I’m used to. It. I’m getting used to it. I feel comfortable with it. I feel ready to go out there.”

And though change is never easy, Smith-Schuster believes it’s the best thing for the team.

“I think that it’s gonna help us out a lot as far as far as the offensive side. Motions, moving the ball around different formations, moving guys around. So it’s going to be fun to see what we can do.”