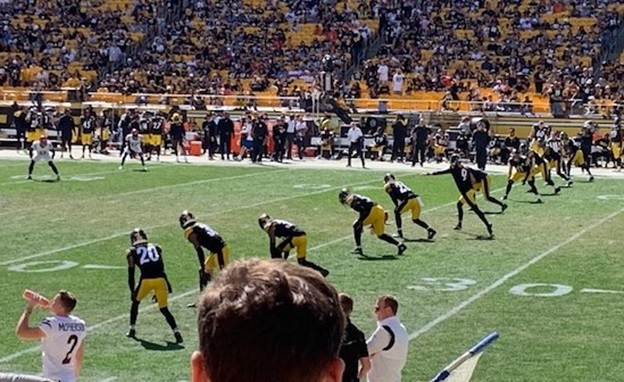 I believe special teams are an underappreciated facet of the game where one big play can shift momentum or even determine the game winner. So, I’ll provide an overview of how the Steelers special teams performed relative to their opponent each week. If you read my game perspectives, then you will recognize the format.

Chris Boswell kicked off three times. The opening kickoff resulted in a touchback. Cincinnati returned the next two from within the end zone. Brandon Wilson returned Boswell’s second kickoff from three yards deep reaching the 20 following a 23-yard return to start the second half. Wilson took the last Boswell kickoff from a yard deep 30 yards to the 29.  The Bengals average starting position after kickoffs was their own 25-yard line.

Evan McPherson kicked off five times. His first four kickoffs were all touchbacks. Ray-Ray McCloud fielded the final Bengal kickoff at the two and managed 22 yards just reaching the 24-yard line. The Steelers average starting position was their own 25-yard line. Although Wilson edged McCloud in return average 4.5 yards per return (26.5 to 22.0), I judge the results even since the Bengal returns came from within the end zone and none of the returns significantly impacted the game.

Pressley Harvin III punted four times averaging 40.5 yards a punt. His first punt went 45 yards, but Darius Philips returned the ball 16 yards to the Bengals 42. It seemed like a low punt without the hangtime for the coverage team to get downfield. Darius Philips got greedy and tried to outrun the coverage team sidewise and lost seven yards on the next punt. Jamir Jones received credit for the tackle. Harvin’s next two punts were fair caught at the Bengal 19- and 33-yard line, respectively. The 27-yard punt from his own 46 impacted his average but it would have been nice if he could have pinned Cincinnati deeper in their own territory. The final Pittsburgh punt only went 40 yards and fair caught at the 33. Plenty of room to punt the ball deeper. Danny Smith has Harvin just punting in the field, not much evidence of directional punts to catch the coffin corner. Harvin netted a putrid 38.3 yards per punt.

Kevin Huber punted five times. His only punt in the first half went 48 yards to the six-yard line. Ray-Ray McCloud returned the punt 14 yards to the 20. None of his four second half punts were returnable. A short 37-yard punt fair caught at the 14. A 54-yard beauty that was downed at the eight-yard line then pushed to the four when officials penalized Justin Layne for holding. Huber netted 45.4 yards per punt and clearly out punted Harvin with four of five punts at or inside the 20.

Chris Boswell missed his first field goal attempt of the season. The 42-yard attempt would have brought Pittsburgh within two scores in the third quarter. Boswell did make a 26 yarder late in the game and converted the extra point attempt. McPherson made a 43-yard field goal to score on their first drive of the second half. McPherson converted all three extra point attempts. 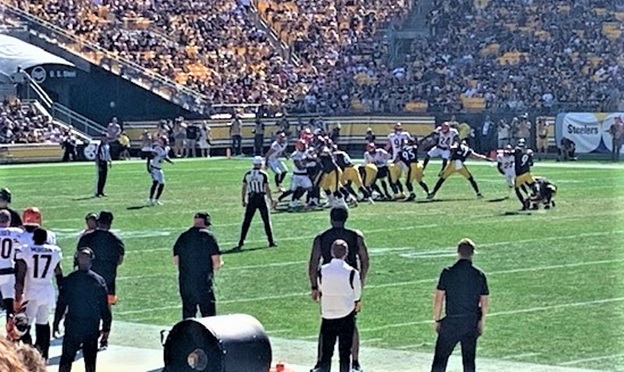 PEEK TO NEXT WEEK

Green Bay Packer placekicker Mason Crosby is in his 15th season. Crosby kicked a 51-yard game winning field goal to beat the 49ers in week three. Punter Carlos Bojorquez is punting the daylights out of the ball. In Week 3 he averaged 54.7 yards per punt including a 63-yarder. San Francisco did return two of his three punts so maybe he is out punting his coverage.

Amari Rodgers averages 8.3 yards a return this season. Rookie kick returner Kylin Hill has returned five kicks for 110 yards or 22.0 yards per return. He does have a 41-yard return so is dangerous. It would be nice to rattle either of the rookie returners.

A couple charts to compare the specialists from the Steelers and Raiders:

The Steelers punting was uneven in week three plus Chris Boswell missed a field goal easily within his range. While not a huge factor in the loss, the Steelers missed opportunities to pin the Bengals deeper in their territory and often had poor starting positions themselves.

The Steelers need a spark to achieve some early momentum. A big special teams play could help. Very tough to achieve in Packer’s stadium.

I always like to offer a music selection. Can the special teams step up with some splash plays? Who is the man who would risk his neck for his brother man? Here is Isaac Hayes Theme from Shaft.