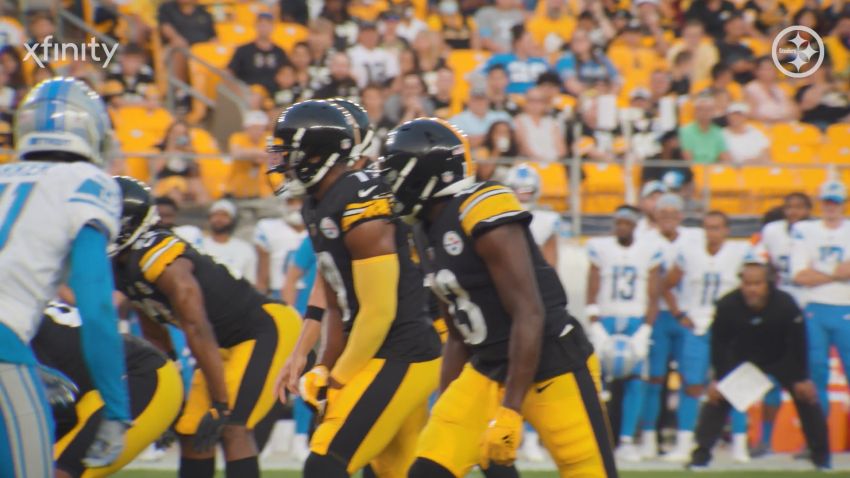 One of Pittsburgh Steelers wide receiver JuJu Smith-Schuster’s favorite topics to discuss this offseason has been the differences between playing in the slot and on the outside, and that he expected to get more playing time on the outside than he has had the opportunity to in recent years.

The fifth-year veteran recently sat down with Jim Rome—while promoting some Snickers thing I’m not interested in, to explain his latest media barrage—to talk about a number of subjects, but he also went into why he believes playing in the slot is a more draining assignment.

“Mentally, it’s tough. When you’re playing inside, there’s so much more you have to think about”, he said, “as far as the amount of seconds you’re lining up, your alignment, where they’re lining up, the defense that they’re calling, being able to run option routes and stuff like that”.

“That’s what the inside’s like. You have to think more. Outside, you think, too, but you kind of already have it set”, he continued. “Inside where it’s kind of crowded, where you have so much field and awareness you have to use. I’m able to do both, I’ve been doing it, so I’m just going to keep showing it. But I get smarter every time”.

Even though he is a well-built receiver with decent height, Smith-Schuster has somewhat consistently, and certainly increasingly, found himself playing in the slot role. Presumably, because he believes he can put up better numbers to help his market, he hasn’t been shy about talking about wanting to play more outside this season, however, in new offensive coordinator Matt Canada’s offense.

He said in April that he expected to play outside more. In June, he was more direct, saying when asked that his biggest goal for the season was to get more playing time on the outside. More recently, a month ago, his early assessment of Canada’s offense was that it would, indeed, give him more opportunities to move around the field, and to play outside more often.

This is predicated upon the idea that the other receivers will be comfortable playing in the slot when he is not there, and that is something that they have been working on. But at the end of the day, the offense seems to function best when he is in the slot, not just in terms of his own role, but in keeping everyone in places they work better.

With that said, he is right about what he says regarding the mental demands of playing in the slot—and that is one of the reasons the Steelers have come to rely on him playing there. He not only is capable of handling it, but he’s also very experienced doing it. Diontae Johnson and Chase Claypool are not.