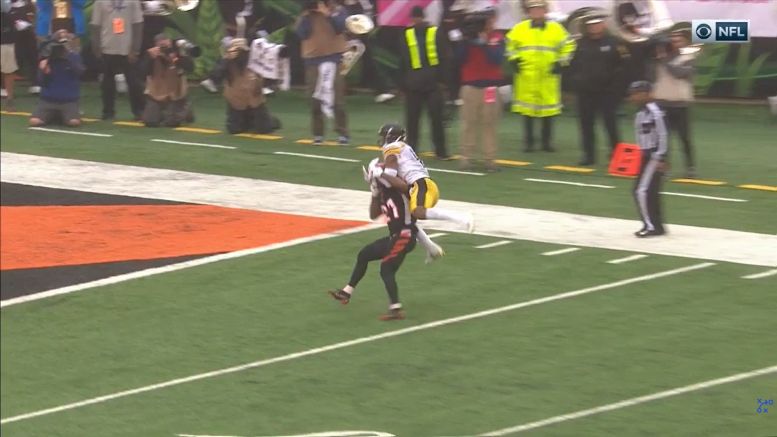 The JuJu Smith-Schuster who was coming out of the 2018 season was on top of the world. A dominant young wide receiver for a flagship franchise, he could do no wrong in front of the fans. Two years later, things look quite different, for many reasons. Frequently, those reasons vary from individual to individual.

Why was that? Was it because Antonio Brown wasn’t on the other side of the field? Was it because Ben Roethlisberger simply can’t throw the ball around anymore? Perhaps it was because of his health, particularly his knee? He seemed to allude to the latter during an interview with Michael Irvin yesterday. Smith-Schuster indicated that he expects his role to change in 2021.

“What people really didn’t get to see a lot is — later in my career, because I dealt with injuries, I played mainly slot, and coming back and playing outside more this year, and showing people that I could be a number one, and having Ben back healthy, me being back healthy, and just having the team that we have,” Smith-Schuster told the Hall of Fame wide receiver.

Since his breakout season with 111 catches for 1426 yards and seven touchdowns, Smith-Schuster hasn’t even cracked 900 yards, though he did catch 97 passes and a career-high nine touchdowns last year. But nobody would mistake him for the dynamic player of 2018.

And I have no doubt that the reasons are multiple. But I’m also not sure I really see Smith-Schuster spending a lot more time playing on the outside. That’s where it makes sense relative to the rest of the offense for him to play.

Could it be that the Steelers told him something different this offseason, indicating that he will see more time on the outside and greater opportunities to make plays, rather than the possession receiver sort of work that he did a year ago?

Smith-Schuster is, after all, rebuilding his resume. He fully intends to cash in next offseason when the salary cap snaps back into something resembling normality, taking a one-year, $8 million contract this year with the Steelers, seeing it as his best opportunity to re-establish himself.

One wonders if that was one of the team’s selling points to him in getting him to return. One also wonders if, as reports indicated, there really was more to his knee last season than we knew at the time, and that it affected the way in which the coaches managed Smith-Schuster and his role within the offense. That’s pure conjecture on my part, I hasten to add, but it does make me wonder.