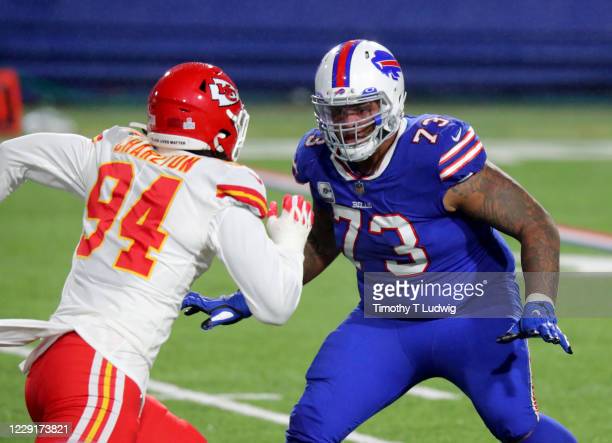 It was reported Tuesday that the Pittsburgh Steelers signed FA DE Vidauntae “Taco” Charlton to their practice squad. Charlton was the 28th pick in the 2017 NFL Draft by the Dallas Cowboys, playing only two full seasons with the team. By Week 2 of 2019, Charlton was released by Dallas and signed off waivers with the Miami Dolphins. Charlton would then be waived by Miami in the offseason and ended up signing with the Kansas City Chiefs for the 2020 season. He then resigned with the Chiefs in the offseason but was later waived in August during training camp. It should be noted that HC Mike Tomlin was in attendance for Charlton’s Pro Day at the University of Michigan.

To date, Charlton has played in 44 games in his NFL career, starting 12 of them in four seasons. Charlton has logged 74 total tackles (46 solo), 12 TFLs, 20 QB hits, 11 sacks, four forced fumbles, and a fumble recovery. Charlton was infamously drafted three picks before LB T.J. Watt in 2017, having been rumored by that Dallas Cowboys to have been their other choice before settling on Charlton.

Dallas has to be kicking themselves looking back in hindsight on the pick, But Charlton was a better “scheme fit” at the time, standing at 6’6, 270lb and having the frame of a natural 4-3 base DE. Pittsburgh signed Charlton and listed him as a DE, but the Steelers Depot staff discussed the actual chances of Charlton playing 4i or 5-tech in Pittsburgh’s base defense. Charlton has played in this alignment in the past, specifically on this play against the Dallas Cowboys where Charlton lines up inside shade of the RT. He rushes up the field but his rush stalls thanks to All-Pro #70 Zach Martin’s pass protection. However, Charlton continues to pursue the ball after the initial block, ending up with the sack.

Now Charlton doesn’t win the rep due to his effectiveness rushing inside, but rather on effort to provide chase of #4 Dak Prescott after seeing his initial rush fail. The fact of the matter is Charlton lacks the strength and power as a pass rusher or run defender to hold his own in the interior. Even when aligned as a wide DE or standing EDGE rusher, he can lose the edge due to lack of play strength. Watch this rep of Charlton playing RE against the Carolina Panthers, engaging the LT but failing to stack and shed him upon contact, ultimately getting driven backwards for a running lane the back exploits for a nice gain on first down.

Charlton not only can struggle playing with consistent strength and power, but his ability to shed blocks is a concern as well when it comes to setting the edge. Here against the Philadelphia Eagles where Charlton is playing at LE and engages #88 Dallas Goedert upon the snap. He stacks Goedert at the LOS and looks to toss him, but he turns his shoulders inside from the LOS, exposing the edge that #26 Miles Sanders exploits as he turns the corner up the sideline for a five-yard gain. Charlton needs to play with his pads square playing against half a man on the edge to keep contain and shed the block to either get the tackle or force Sanders to run inside.

This isn’t to say that Charlton is incapable of defending the run well. There are plenty of instances where he holds him own well while setting the edge when he plays with good pad level and keeps outside contain. For example, on this rep Charlton aligns as a standup EDGE rusher on the left side of the screen. He keeps his shoulders square to the LOS on the snap, sitting his hips down as the guard pulls to try and kick him out. He takes on the block perfectly, keeping outside leg and arm free and makes the back hesitate as he comes to the edge. Charlton ends up fighting off the block and makes the tackle behind the line for a big loss.

The more film we watched the more confident that the Steelers Depot crew were that Charlton would be utilized as a standup outside linebacker/rush end rather than an interior defender in Pittsburgh’s defensive system. We have seen Charlton play on his feet in the clip above as a run defender, but he has done the same as a pass rusher as well. Here in the same game against the Chargers, Charlton takes advantage of the matchup with the TE in pass protection, turning the corner on the dip/rip move, doing a great job flattening the corner right into the lap of #17 Philip Rivers for the sack.

For only having 11 career sacks on his resume in the regular season, Charlton has a tendency to go for the football when he pressures the QB. Here is another instance for last season where Charlton pulls off the jump swipe move around the RT right into the lap of #2 Brian Hoyer, wrapping him up in the pocket whilst reaching in to knock the ball out for the strip as he takes Hoyer to the ground.

Another example that may jog the memories of some Steelers fans back to the 2019 matchup against the Miami Dolphins. Charlton starts on the outside of RT #71 Matt Feiler but crashes inside in attempt to free up teammate #55 Jerome Baker around the edge. Baker gets a hand on #2 Mason Rudolph, but Charlton continues to work around #66 David DeCastro and swats the ball out of Rudolph’s hands, forcing the fumble that DeCastro ends up recovering.

Overall, the signing of Charlton makes sense for several reasons. First, Pittsburgh is currently dealing with a bevy on groin injuries to several of their defensive starters, notably both EDGE defenders T.J. Watt and Alex Highsmith. Charlton has the skillset to fill in if one or both were to miss an extended period of time and provide a pass rush around the edge as well as on schemed stunts and twists. He also has the pedigree that GM Kevin Colbert looks for as a former first round selection that Pittsburgh did their homework on going into the 2017 NFL Draft, having Tomlin present at his Pro Day. This isn’t to say that Charlton can’t bump inside, but his best fit is as an EDGE rusher.