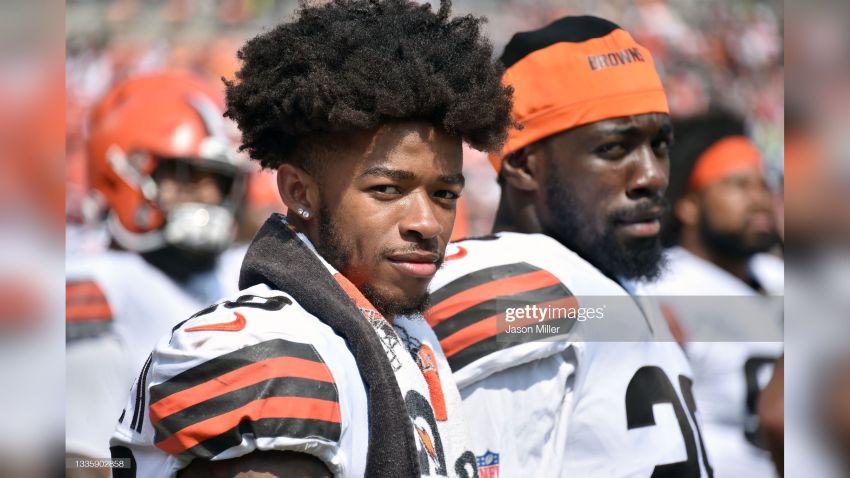 The fact that the Cleveland Browns opted to use their first-round draft pick on a cornerback, having seemingly settled on the position earlier in the offseason, was a mild surprise to some, but nobody denied the talent of the draft pick himself: Greg Newsome II.

With the beginning of the regular season just around the corner, Newsome is expected, at this point, to start, though exactly where is less fixed. Third-year cornerback Greedy Williams, who missed all of last season with a nerve injury in his shoulder, was also absent for much of training camp due to a separate injury, which enabled Newsome to step up.

Denzel Ward, the team’s top cornerback, has certainly noticed the rookie’s play, and one trait in particular. “I would definitely say consistency”, Ward offered when asked what he had seen from the young corner. “He has been making plays out here and doing what he is supposed to do. He has been doing his job, but he has just been consistent every day with his technique, execution and making plays out here”.

Newsome logged 61 defensive snaps for the Browns across their three preseason games, including 41 snaps on the outside, 16 in the slot, and four more inside the box or at the line of scrimmage, according to Pro Football Focus. His ability to play in multiple spots gives the defense needed flexibility, with Williams primarily an outside corner.

“He definitely has that versatility”, Ward said of Newsome. “He can play on the inside in the slot and he can play outside corner. I know the coaches and the team are very excited about that and being able to use him in multiple places. He is definitely ready for all of that”.

Ordinarily, you don’t want to feed a rookie multiple positions. It’s already enough of a challenge to make the jump from the college level to the pros, paired with learning a new defense, but to ask a newcomer to play both outside cornerback and slot corner is generally reserved for very few so early on in their career.

The Browns added veteran cornerback Troy Hill in free agency, who is experienced playing both on the outside and in the slot, but provided that Williams is ready to go in a starting role, it appears the former will begin the season as a reserve.

Cleveland also has M.J. Stewart now buried pretty deep in their depth chart, a player our own Alex Kozora offered as a possible trade target for the Pittsburgh Steelers. The team has since acquired veteran outside cornerback Ahkello Witherspoon to upgrade their depth.