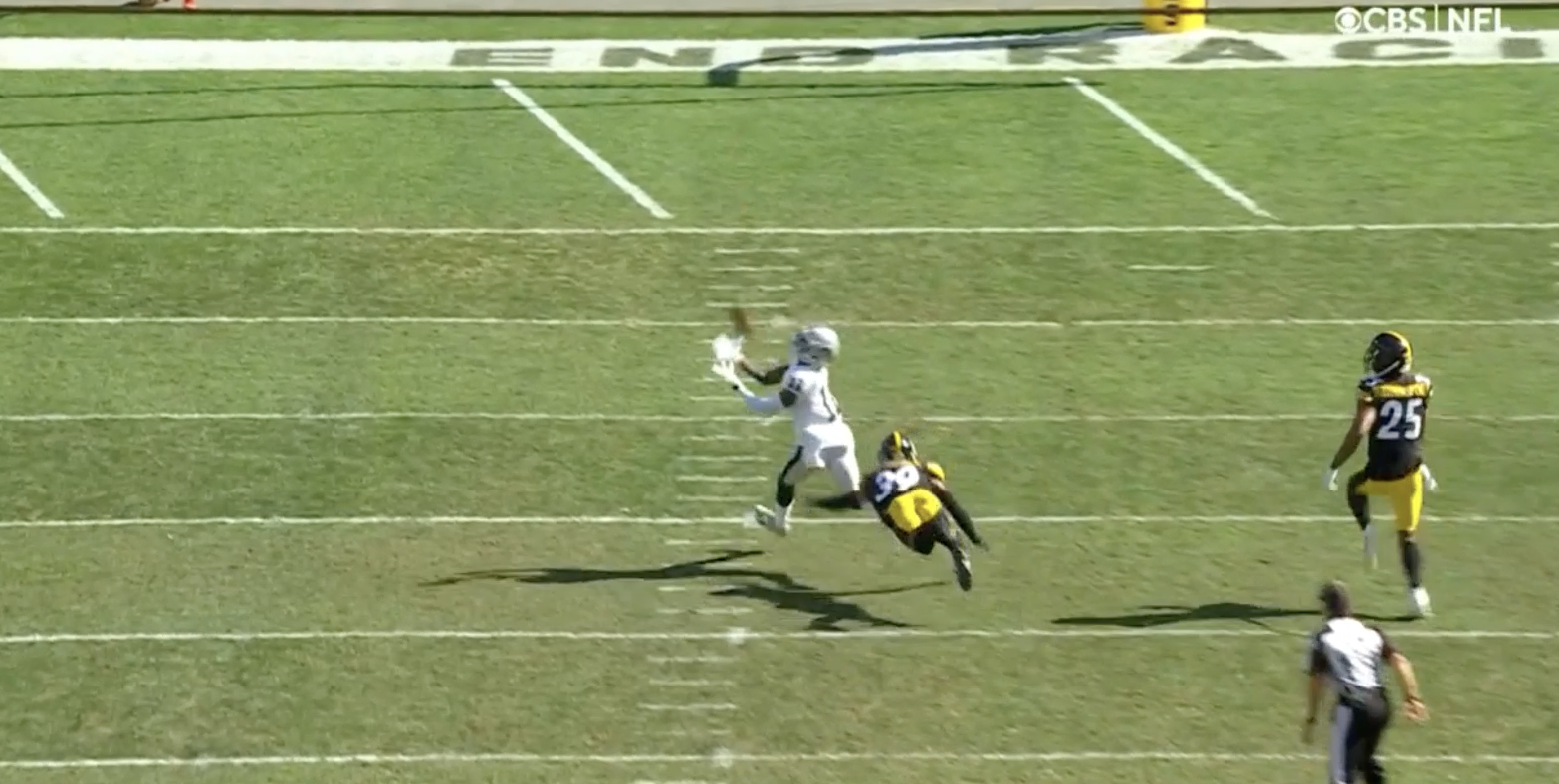 A recurring theme of the Pittsburgh Steelers defense the last two weeks, an unusual one for them, has been giving up big plays over their head. There was the 61-yard touchdown to Henry Ruggs in Week 2 followed by Ja’Marr Chase’s 34-yard score in last weekend’s loss to the Cincinnati Bengals. Each play a turning point in the game. The Raiders built a two-score lead while the Bengals took the halftime lead, a big response after the Steelers finally put together a drive to tie the game.

Joe Haden knows the worst thing a defense can do is give up the big play. It’s up to him and the ten other starters to prevent those moments from happening again. He spoke to the issue following Wednesday’s practice.

“Coach always makes a big example of how to make sure that the ball doesn’t go to the top of our heads,” Haden said via Steelers.com. “It all works together [coverage and pass rush]. Sometimes the quarterback’s standing back there a little longer, but as a DB, we can never let the ball go over the top of our head. So giving up go-balls is just something that we gotta make sure that we take off our tape.”

Overall, the Steelers’ defense hasn’t fared terribly in the explosive passing game. They’ve allowed just seven completions of 20+ yards, tied for seventh best in the league. But when those plays have occurred have really hurt. Ruggs’ touchdown came on 3rd and 10, a get-off down for the defense and chance to give the offense the ball back down just two points.

And as mentioned, Chase’s touchdown came in three plays and less than 60 seconds, allowing Cincinnati to regain control of that game. They also received the second half kickoff and marched down for a field goal, a ten-point swing in a short amount of game time.

Though a lack of pass rush was an issue against the Bengals, the team without both of its starting outside linebackers, Haden isn’t using that as an excuse.

It’s no excuse for us to let them catch the ball over our heads. We should make them [run] comebacks, digs at the most. But neve ever go-balls and posts.”

Green Bay’s offense has just eight plays of 20+ yards this season but six have come in the last two weeks after a dude of an opening performance against New Orleans. WR Davante Adams is one of the best receivers in football while they have speed in the form of Marquez Valdes-Scantling, who ran a 4.37 coming out of college. The only way the Steelers can win is to keep the score down. And that means eliminating quick, chunk plays like the ones allowed in each of their two losses.