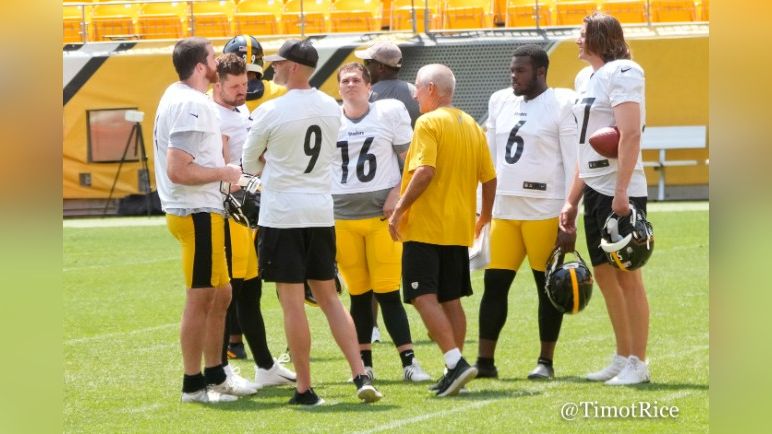 End to end, the battle to be the Pittsburgh Steelers’ 2021 punter was a close one. Heading into roster cutdowns, it was unclear which direction the team planned to go. Stick with veteran Jordan Berry or opt for rookie Pressley Harvin III. Ultimately, it went in Harvin’s favor, beating out Berry, but speaking to reporters Wednesday, special teams coordinator Danny Smith noted how close the fight was.

Of Berry, he said: “he punted better than he ever has.” pic.twitter.com/pHG4UEFl62

“It was a real battle,” Smith told Pryor and reporters. “It really was. Pressley handled it well and met challenges.”

Harvin impressed out of the gate in practice and in-game, stealing the headlines with a new perfect performance in the Hall of Fame Game against Dallas, including dropping one punt inside the one-yard line. And though Harvin had a bit of inconsistency to his game, his elite-level hangtimes and big leg, along with being a reliable holder, won him the job.

Smith went on to praise Berry’s performance and how he handled the situation.

“He punted better than he ever has…Jordan was a real pro. And I knew that and thought that about him. He went above and beyond. He helped that kid. He was a real teammate and those kinds of things. I thought we had two NFL punters, I really did.”

Berry’s 2020 play after being brought back by the team coupled with his 2021 preseason performance should be enough to get him a look from another NFL team at some point during the season, even knowing punting jobs are hard to come by. It’s not easy for any veteran to help mentor someone who could take your job. But Berry stepped up.

For Pittsburgh, they had two tough decisions to make at punter and long snapper and ultimately went with two new starters in Harvin and Christian Kuntz. But it was a good problem to have. There are teams around the league, and certainly years in Pittsburgh, where it was difficult to find one solid punter. Hopefully Harvin sticks around as the guy as long as Berry did.