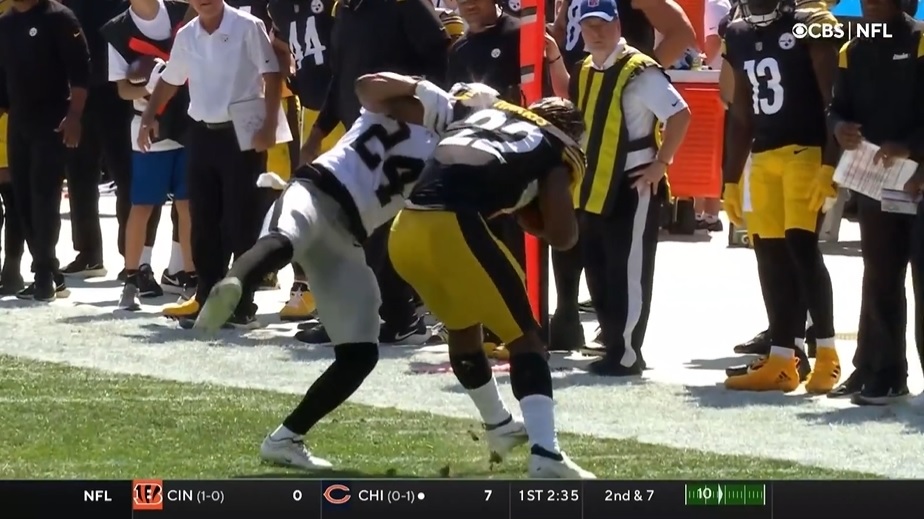 As our very own Alex Kozora so masterfully broke down on Thursday, the Steelers’ run game is just a one mistake away on seemingly every run from breaking big plays.

It’s an inch here, or an inch there; a block here or a block there from looking like a much better unit overall, rather than the 31st-ranked rushing attack in football.

So far, that’s led to many detractors lamenting the selection of Najee Harris in the first round, and has many questioning Matt Canada and the Steelers’ new-look offense just two games into the season.

As Alex broke down some key plays Thursday, Canada was echoing similar sentiments, stating that the Steelers’ offensive line and tight ends simply weren’t executing properly against defensive looks that the Steelers felt were advantageous to the run game.

“Right now, we don’t have the rushing stats or those things that we all would like to have probably,” Canada said during his media availability Thursday, according to the official transcript. “You look and see, there’ve been a lot of guys in the box to stop the run. We did have some runs that we thought matchup-wise were there that we didn’t execute. And again, I’m not gonna sit here and go through it. Ultimately, the matchups that we thought we had based on numbers and looks didn’t equate to us having the success we wanted. The run sets up the pass, the pass sets up the run. They’re going to try to take something away and we have to take advantage of what they give us. We didn’t maximize those matchups well enough. I didn’t get those things done well enough. Or we didn’t pick the right ones for that to happen.”

The Steelers have certainly had the looks that they’ve wanted up front, especially against the Las Vegas Raiders in Week 2 at Heinz Field, as Alex points out. Young guys like Kendrick Green, Zach Gentry and Pat Freiermuth have to win their individual reps in key situations and the run game looks a whole lot different.

It’s not the scheme that Canada is deploying, and it’s not all on Harris to create. Rather, guys need to do what they were brought in to do up front: move people, stick on blocks and execute at the level of expectations. Do that and the run game could take off a bit, improving to middle of the pack, rather than sitting at the bottom of the league once again.

In all fairness though, you could say that about any struggling rushing attack, as Alex points out. Fact of the matter is the Steelers have to correct this and start executing at a higher level, plain and simple.