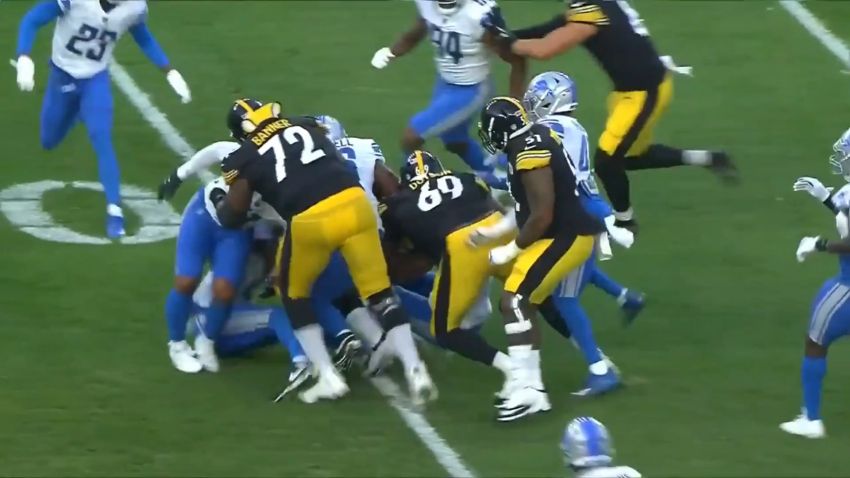 Topic Statement: Zach Banner will (eventually) return to the starting lineup when healthy.

Explanation: Banner has, technically, started or been intended to start every game at right tackle for which he was healthy over the past two seasons. He won the right tackle job last year in training camp, but tore his ACL.

He was projected to start there this year, but after playing only 12 preseason snaps, was placed on the Reserve/Injured List, either due to a setback or because he needs more time. Chukwuma Okorafor, who started after his injury last year, is back on the right side after moving to the left, with rookie Dan Moore Jr. now protecting Ben Roethlisberger’s blind spot.

The fact that he won the right tackle job last year indicates that the Steelers felt he was better there than Okorafor. And he at least looked pretty good in the very limited work that he did get in during the preseason this year.

General manager Kevin Colbert said that he felt Okorafor could have beaten Banner last year if it was for the left tackle job. But not on the right side. That’s not Okorafor’s strength, but it’s where Banner fits best, so once he gets healthy, whether Okorafor finds his way back to the left side or not, he’ll be back in the lineup when he’s able.

We don’t even know the nature of Banner’s injury. All we know is that he was healthy enough to play limited snaps in one preseason game, and then was held back from even traveling with the team for the final preseason game (Anthony McFarland was also held out, and joined Banner on IR).

Since Banner and Okorafor last competed for a job, the latter has gotten a ton more experience in terms of playing time. And this lineup will have at least three games, if not more, of generated momentum from playing together by the time Banner gets back. Unless there is a very clear and obvious upgrade in getting Banner out there, Okorafor is going to stay put. The unfortunate truth for Banner is that he missed the boat, unless Moore falls on his face. And even then, Joe Haeg could be an option.