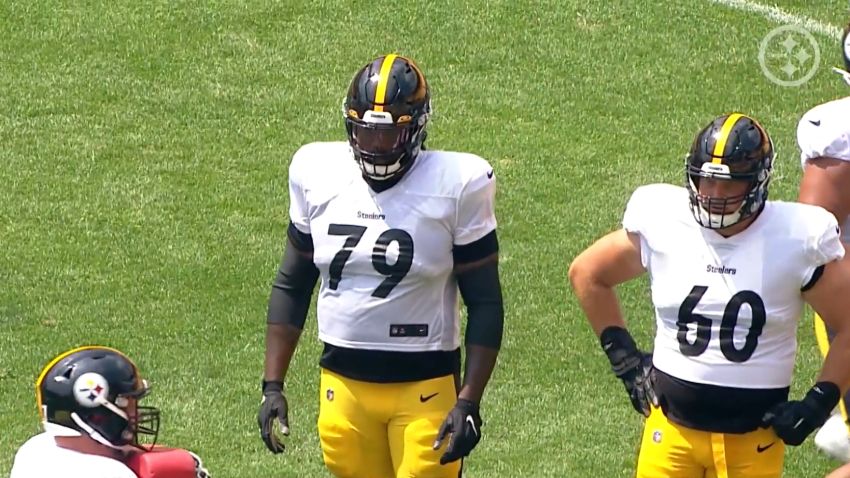 Topic Statement: Rashaad Coward will be the Steelers’ gameday backup guard at least until Zach Banner returns to the roster.

Explanation: Initially released, Coward was re-signed yesterday after Banner was placed on the Reserve/Injured List. Also brought back was B.J. Finney, who has 12 career interior starts for the Steelers. J.C. Hassenauer was the only pure interior player kept on the initial 53-man roster, which has led to people assuming he is the top backup center, at least.

Who ran with the first-team offensive line in the spring when the Steelers still lacked clarity on David DeCastro’s situation? Who was running at left guard with the starting offensive line to open training camp when Kevin Dotson was working his way back from an ankle injury?

The answer to both questions is the same answer to the question of who is going to be the backup guard on gamedays: Rashaad Coward. Head coach Mike Tomlin even continued to start Coward over Dotson for the first week after Dotson returned from injury.

The only reason that the Steelers let him go was because they needed a veteran who would not be subject to waivers whom they could easily re-sign once they make their Reserve/Injured List moves. Hassenauer was NOT an option because he is not a vested veteran, so would have had to go through waivers.

Who started at right guard in the preseason finale with Trai Turner held out? That was B.J. Finney. Who has experience starting at all three interior offensive line spots for this offense? B.J. Finney. Who actually has two years working with Adrian Klemm already under his belt?

Well, that would be Hassenauer. In other words, either Hassenauer or Finney are the more likely options to be the gameday backup guard over Coward, who got so much first-team work simply because he was a new yet veteran face about whom they wanted to gather knowledge.