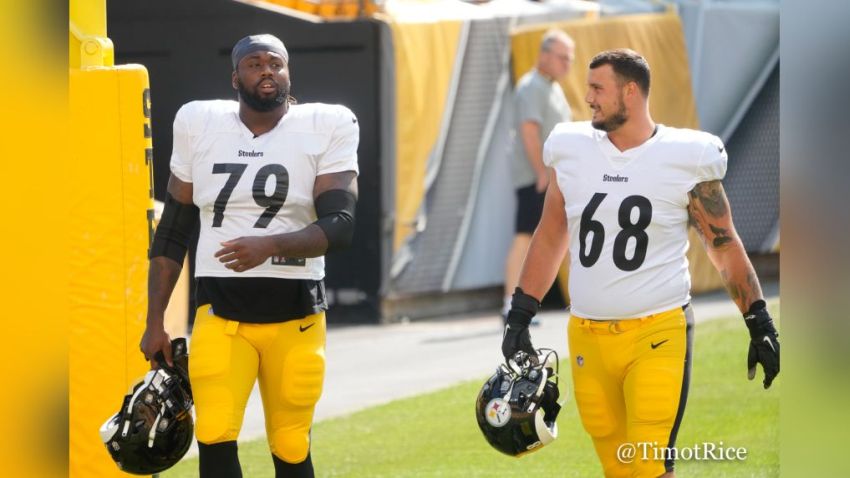 A former Pittsburgh Steeler is back on the street.

Coward initially signed with Pittsburgh back in March of 2021 as a UFA from the Chicago Bears. Coward ended up making the switch from the defensive line to the offensive line while with the Bears, starting 15 games over the next two seasons with the team.

Coward was brought in to provide depth and competition for Pittsburgh along the interior of the offensive line. He ended up getting released by the team in October and signed with the Jaguars a few days later. Coward ended up getting cut by Jacksonville after just a week with the team and landed back on the Steelers’ practice squad later in November. He was activated to the team’s Active/Inactive roster four times late in the season, playing just two offensive snaps and 16 special teams snaps for the Steelers in 2021.

At the conclusion of the 2021 season, the Atlanta Falcons signed Coward to a Reserve/Future contract with the intention to take him through offseason activities and into training camp. Now a free agent, Coward finds himself looking for work prior to the start of training camp.

Given the additions of James Daniels and Mason Cole in free agency, it may be difficult to see Coward make his way back to Pittsburgh given that Coward is a guard-only player with little position versatility. Still, Pittsburgh may decide to take a chance on a familiar face, but with Daniels, Cole, Kendrick Green, Kevin Dotson, J.C. Hassenauer, Trent Scott, Nate Gilliam, and UDFA Chris Owens already on the roster, Coward may look for a fresh opportunity elsewhere to try and latch on and make a 53-man roster.