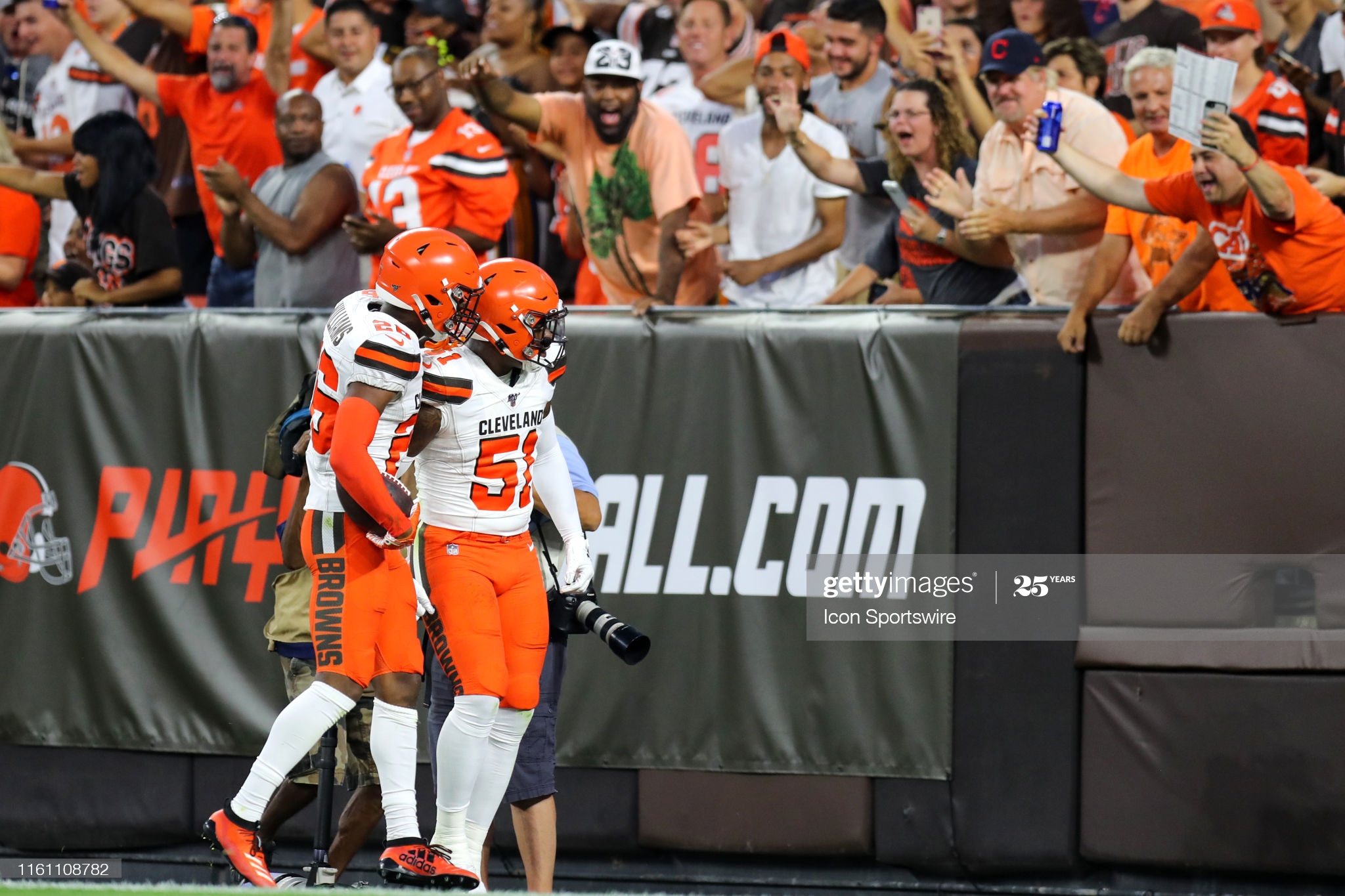 The Cleveland Browns have become a trendy team to buy, even before they finally posted a winning record and made it to the postseason last year after a long drought. Their free agency and draft splurge on the defensive side of the ball, adding players like John Johnson III and Jadeveon Clowney, only helped the perception that their arrow is still pointing up.

While the Browns’ offense took a major step forward last year with first-year head coach Kevin Stefanski, the team is looking for the defense to grow. Part of that hope for improvement came from two players who were projected to be starters in 2020 who missed the entire season due to injury.

Neither of them will be starting this year, either, after missing too much time during training camp due to injuries, but they should be ready in time for the regular season.

The first is Greedy Williams, a 2019 second-round cornerback, who did start as a rookie. After missing all of last season due to a nerve injury in his shoulder, he missed extended time in training camp with a groin injury that allowed rookie first-round pick Greg Newsome III to bypass him.

The other player in question is safety Grant Delpit. The 2020 second-round pick was projected to be a starter as a rookie, but a torn Achilles wiped out his entire season before he even got into a stadium. He has dealt with a nagging hamstring injury this summer, and Ronnie Harrison is expected to start ahead of him.

In theory, it’s a good problem to have. You obviously draft a player like Newsome where you do because you think he has the talent to be a full-time starter. Harrison is a young yet veteran former third-round pick who has 29 career starts, including seven in 11 games for Cleveland last season.

Williams is expected to play in the nickel defense as the third cornerback, but they also have Delpit and Troy Hill as two more legitimate options to play in sub-packages, and Browns coaches have talked earlier this offseason about hoping to utilize the variety of talent that they have in the secondary.

Of course, most of the names discussed are unproven or inexperienced players who still have a lot of prove. Just getting guys on the field who have some pedigree is not automatically going to improve the coverage. They’ll have to show it on the field, first.