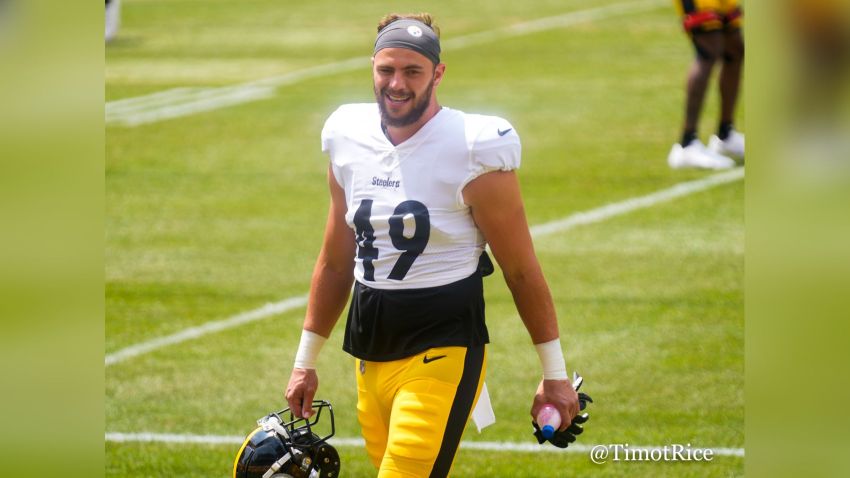 The Pittsburgh Steelers have the day off on this Sunday, the first day of August, and with that, it’s now a great time to update a transactions that occurred on Saturday afternoon.
According to the NFL daily transaction sheet on Saturday, tight end Dax Raymond, who had been waived from the Steelers 90-man roster as injured on Friday, has since cleared waivers, and now reverted to the team’s Reserve/Injured list.

This is the second connective Steelers training camp that has included Raymond being waived as injured. Last year, Raymond was waived injured in August, and he reverted to the Steelers Reserve/Injured list after clearing waivers. The Steelers ultimately waived Raymond less than a week later with an injury settlement. It will be interesting to see if the former 2019 undrafted free agent out of Utah State winds up being waived again with an injury settlement in the next seven days.