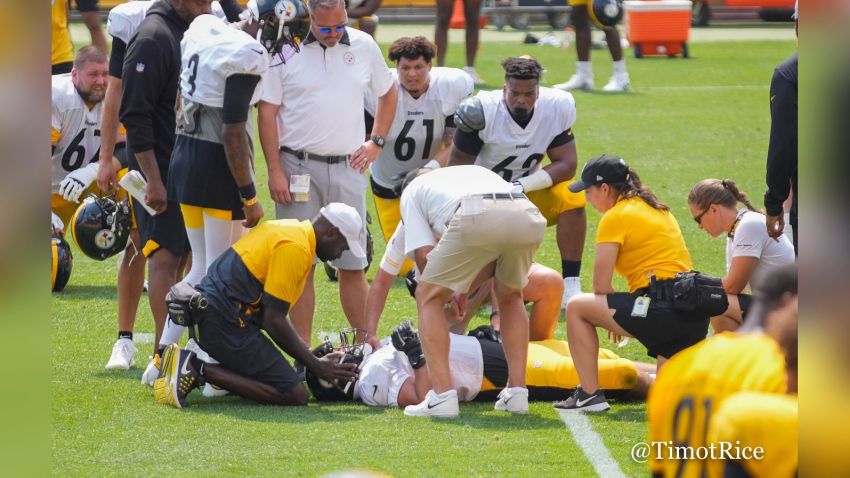 The Pittsburgh Steelers made a few transactions on Wednesday, and both included players being waived as injured.

According to the Steelers on Wednesday, defensive back Demarkus Acy and tackle Anthony Coyle have both been waived as injured. Assuming they both clear waivers, which they should, both will then revert to the Steelers’ Reserve/Injured list.

Acy announced Tuesday night on Twitter that he had suffered a torn ACL during Tuesday’s practice. That injury will obviously likely require surgery so he’s likely to stay on Reserve/Injured all season.

After going undrafted in the 2020, Acy originally signed with the San Francisco 49ers but wound up being released in mid-August. Acy did spend time on the practice squads of both the Seattle Seahawks and the Washington Football Team in 2020, however. Originally signing a Reserve/Future contract with Washington earlier in the offseason, Acy was released by them prior to the 2021 NFL Draft. The Steelers signed Acy to their offseason roster in early May.

While at Missouri, Acy started in 36 of the 47 games in which he appeared, where he registered three interceptions, 23 passes defensed, and 99 tackles. He was a team captain in college and was a four-year contributor and three-year starter at one of the two cornerback spots. He represented Missouri at the SEC’s annual Media Days as one of the team’s leaders and top contributors.

As for Coyle, who was promoted to the Steelers’ active roster a few times last season for games, he has went down injured in training camp practices a few times this past week. It’s unclear, however, what exactly the nature of Coyle’s injury is, but a lot of speculation is that it was to one of his shoulders.

Coyle, who played collegiality at Fordham, was originally signed in 2018 as an undrafted free agent by the Houston Texans. He had previously spent time on the practice squads of the Green Bay Packers and Atlanta Falcons prior to signing with the Steelers in April of 2020. At his 2018 pro day he measured in at 6043, 298 pounds and reportedly ran his 40-yard dash in 5.20 seconds. He also played with the New York Guardians of the XFL prior to being signed by the Steelers.

The Steelers now have two open roster spots, so it will be interesting to see if those are filled prior to the team playing their Thursday night preseason game against the Dallas Cowboys.