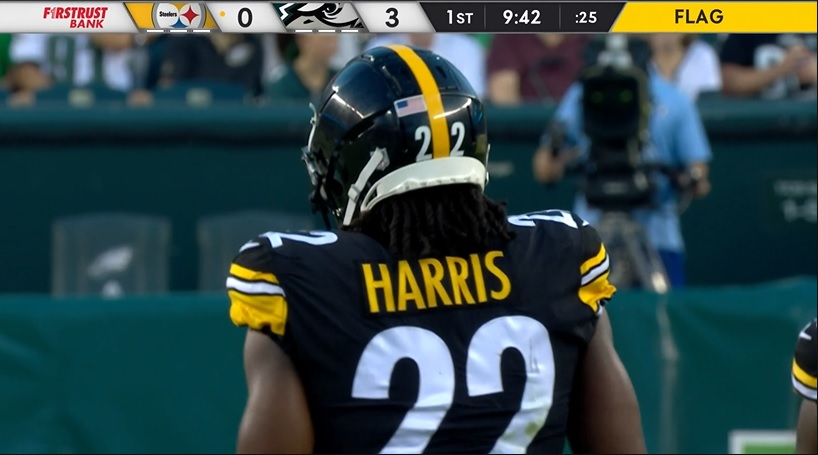 When the Pittsburgh Steelers drafted rookie running back Najee Harris with the 24rd pick in the 2021 NFL Draft, Steelers’ fans and media members began to dream of what Harris could bring to the Steelers’ offense, revitalizing the league’s worst rushing attack.

Now, those dreams are becoming a reality.

Harris has looks pretty good in limited action through two preseason games, and has certainly looked the part throughout training camp, flashing his speed, athleticism and hands throughout public practices.

On Thursday against the Philadelphia Eagles in the Steelers’ second preseason game, Harris again looked strong, carrying the ball twice for 10 yards while adding one catch for nine yards. Harris did have two runs wiped out by holding calls, so that lessens the numbers just a bit, but he looks like the real deal overall.

“There’s no question. But you guys have seen that in practice settings, those of you that watch us in practice,” Tomlin said following the win over the Eagles Thursday night. “I don’t think any of us are surprised about what we’re seeing in-game. By the same token, it’s the same things that he displayed on college tape, and that’s one of the reasons why we really coveted him in the Draft. He’s as good as advertised in that area.”

Hearing a veteran head coach like Tomlin praise a young rookie like Harris isn’t something that happens often. To me, that says more about Harris and what the Steelers are seeing from him more than anything else. His tape to date with the Steelers looks very much like his tape at Alabama, which is everything the Steelers could ask for.

Harris will likely get much more run on Saturday, August 21 against the Detroit Lions at Heinz Field on NFL Network. We’ll see how he handles the bright lights in his new hometown, but if we’ve learned anything so far with Harris, nothing fazes him, from added attention to below average play in front of him along the offensive line.

He is, like Tomlin said, as advertised. A worthwhile investment by the black and gold.