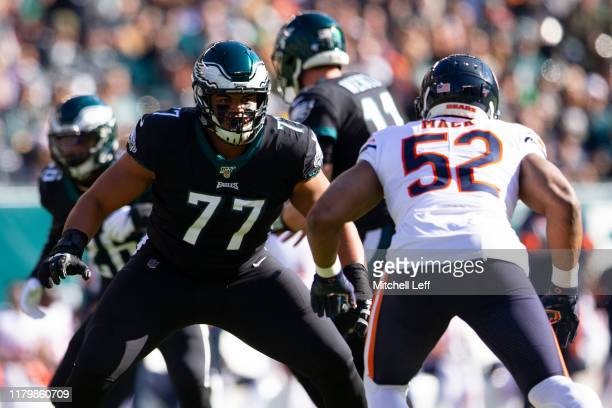 After restructuring the contracts of defensive end Stephon Tuitt and new linebacker Joe Schobert, the Steelers find themselves with some newfound salary cap space.

Though much of that money is already spoken for when it comes to in-season injury insurance, a 16-man expanded practice squad and more, the Steelers find themselves in a better position to be able to add another piece or two to the Steelers’ roster prior to the start of the regular season, which is what general manager Kevin Colbert likes to do historically.

Gagnon identified the Steelers and five other teams as potential trade partners with the Eagles for former first-round offensive tackle Andre Dillard, who was selected in the first round of the 2019 NFL Draft. Dillard has played in just 16 career games — all coming in 2019 — with just four career starts. The Washington State product then suffered a season-ending torn biceps during one-on-one drills in August 2020 and is currently on the shelf week-to-week with a knee sprain that occurred in practice on Aug. 10 of this year.

“A highly touted first-round draft pick just two years ago, Andre Dillard is down (he’s again sidelined by a knee injury) and out (he appears to be on the verge of losing to 2018 seventh-round pick Jordan Mailata in a battle for the Philadelphia Eagles’ starting left tackle job),” Gagnon writes. “And now, he may be on the trading block. At the very least, other teams are inquiring about the 25-year-old Washington State product. That’s according to Jeff McLane of the Philadelphia Inquirer and Fansided’s Matt Lombardo.”

A potential deal between the Steelers and Eagles, according to Gagnon, could feature a fourth-round pick or wide receiver James Washington. It’s worth noting though that the Steelers currently do not have a fourth-round draft pick in the 2022 NFL Draft due to the trade up into the fifth round in the 2021 NFL Draft with the Miami Dolphins to select defensive lineman Isaiahh Loudermilk.

However, it’s fun to contemplate a potential trade for a highly-coveted tackle from the 2019 draft class who has struggled with injuries after a strong rookie year behind veteran Jason Peters.

“This might be unlikely because Pennsylvania’s teams haven’t made a particularly notable trade this century, but there’s little doubt the Steelers could use another potential starter to team up with presumed 2021 starters Chukwuma Okorafor and Zach Banner,” Gagnon writes. “Neither of those guys are proven at the positions they’re expected to play this season, and neither came into the league with as much potential as Dillard. Could they dangle James Washington for a team with receiver problems? The Eagles would probably have to give up more than just Dillard to get Washington, but it’s worth considering.”

I’m certainly not out on Dillard at this point in his career, as he still has a ton of talent and would be controllable with his contract for the next three seasons, assuming whomever trades him picks up his fifth-year option for around $10 million. He certainly has a long way to go, but he was a first-round draft pick for a reason, and right now is struggling due to injury concerns.

From the Steelers’ perspective, Okorafor is a free agent after the 2021 season, while Banner remains under contract through 2022 and should be able to hold down the starting right tackle job for the next two years. Rookie fourth-round draft pick Dan Moore Jr. has really impressed this offseason and could take over the starting left tackle job in 2022, but it never hurts to add a talent like Dillard on the cheap.

It’s highly unlikely Colbert trades a future draft pick to grab a young tackle at this point, but you can’t rule it out with the way he has wheeled and sealed lately.