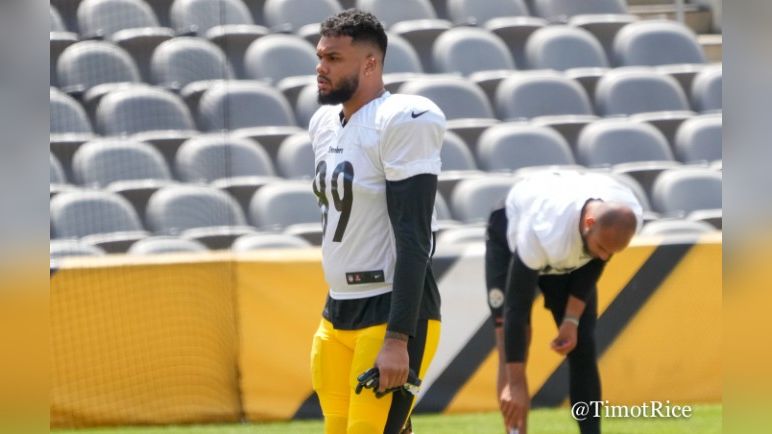 The Pittsburgh Steelers will need to trim their roster down to 53 active players by Tuesday at 4:00 p.m. EST and already we are getting some early word as to players being told they will be cut soon.

According to Brooke Pryor of ESPN on Saturday, the Steelers are parting ways with tight end Marcus Baugh, who was signed to the roster at the end of July and on the heels of the team losing Dax Raymond to an injury not long after training camp got underway.

Baugh entered the NFL in 2018 as an undrafted free agent with the Oakland Raiders out of Ohio State. He then spent time with the Carolina Panthers and the Washington Football Team. In eight games last season with Washington, Baugh had one reception for two yards. Baugh signed Raiders as an undrafted free agent but didn’t last long with the team. He would go on to play with the San Diego Fleet in the short-lived AAF before signing with the Panthers in 2019. He got injured and ended up spending that campaign on injured reserve with the Panthers.

Baugh registered two receptions for 11 yards during the preseason.

The Steelers aren’t likely to announce their cuts until closer to the Tuesday afternoon deadline.