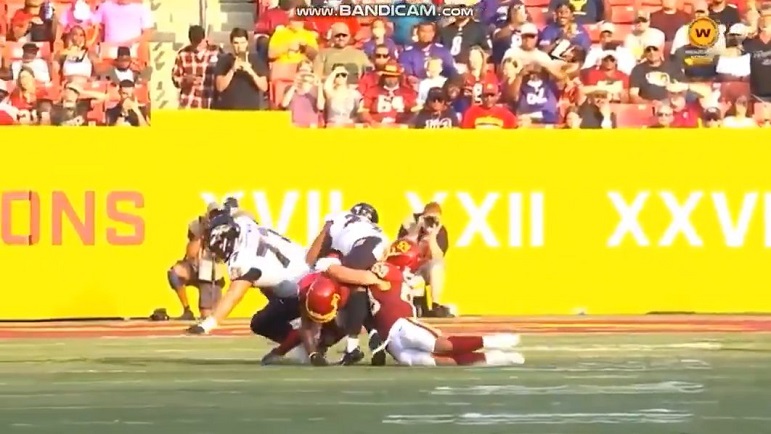 Baltimore Ravens running back J.K. Dobbins injured his left knee early in the team’s preseason finale against the Washington Football Team on Saturday. Ravens head coach John Harbaugh said after the game that Dobbins will have tests on Sunday to determine severity of knee injury.

"He'll get tested tomorrow and we'll see where we're at, at that point in time."

After being tackled near the left knee by Washington’s Jimmy Moreland and Jordan Kunaszyk on a screen pass, Dobbins went down in pain early in the preseason game. The young running back was first attended to on the field before being helped off. He immediately went to blue injury tent and then was carted off the sideline and ruled out for the remainder of the game.

Before suffering his knee injury, Dobbins rushed for 15 yards. He registered seven carries for 8 yards in the Ravens’ first two preseason games.

An Ohio State product, Dobbins ran for 805 yards and nine touchdowns and had 18 catches for 120 yards during his 2020 rookie season. Expectations were that he would split carries in Baltimore’s backfield with Gus Edwards again in 2021.

Video of the J.K. Dobbins injury.pic.twitter.com/GRQcVVqayK