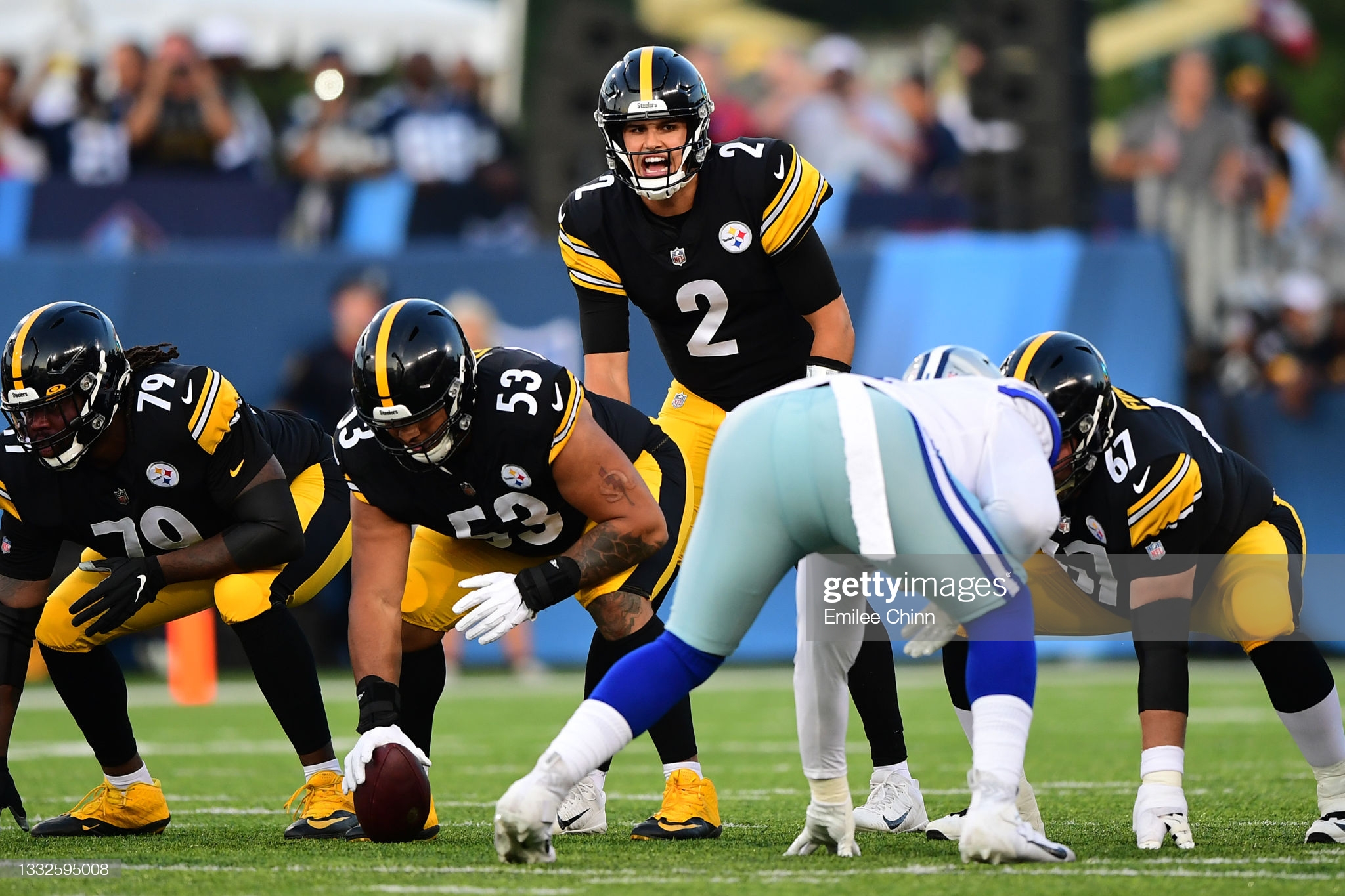 Depending on where you fall on the Mason Rudolph spectrum, the fourth-year quarterback either looked really sharp Thursday night against the Dallas Cowboys, or was an abject dumpster fire with a turnover mixed in. There doesn’t seem to be much in between at this point in the fan base.

That said, I thought Rudolph was the best of the three quarterbacks Thursday night, showing good overall ball placement with good velocity at times. All anyone wants to take away from Thursday night though is the botched handoff with Chase Claypool on the jet sweep. While it was a bad play, it was hardly the only takeaway from Rudolph, who I think truly established himself as the No. 2 last night.

His touch and accuracy on the deep strike to Claypool for 45 yards looked a lot like the throws he made in Week 17 in Cleveland last year, and even the drop by Claypool on the third-down slant was a heck of a throw, hitting the young receiver in stride right in the hands on time between two defenders.

Though he looked pretty solid overall Thursday night, Rudolph came away from the game a bit disappointed due to the offense’s inability to put points on the board in the first half against the Cowboys.

“We always evaluate whatever tape we get,” Rudolph said. “And I think, like you said, you know, happy with the way we moved the ball, but, you know, we’ve got to finish with more points. I know Coach Canada and Coach Tomlin, you know, go over the tape as we do. There’ll be corrections and those be things to build off of.”

It would have been nice to see Rudolph and the starting offense finish off one of the three first-half drives with points, especially the drive in which Rudolph hit Claypool for 45 yards down the left sideline. Instead, the Steelers backtracked as Najee Harris ran for a loss of four yards before gaining two yards on second and long.

Then, Rudolph couldn’t hook up with James Washington on third down, forcing the Steelers to settle for a field goal attempt from Sam Sloman, who pushed his 49-yard try wide right.

That would be the final drive of the night for Rudolph, who finished 6-for-9 for 84 yards against the Cowboys. Hopefully in his next preseason action against the Philadelphia Eagles on August 12, Rudolph leads the offense to some points and continues to build himself up.