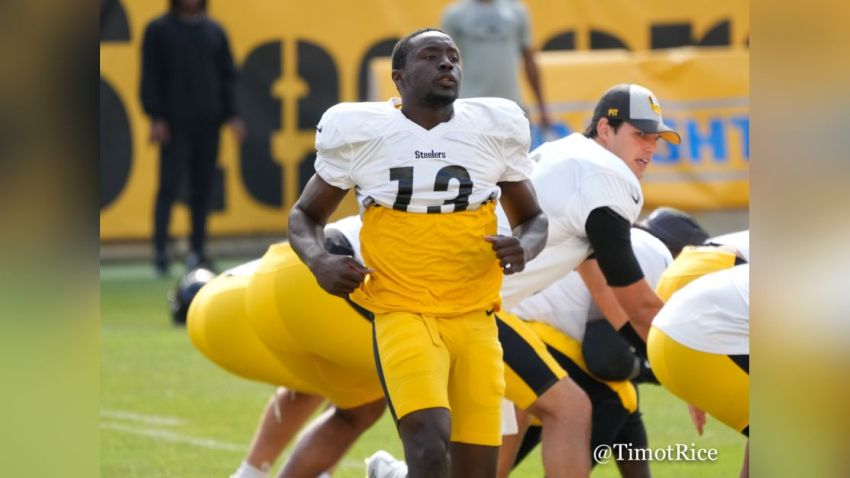 File this under the “not a surprise” category but according to a tweet from ESPN’s Jeremy Fowler, Pittsburgh Steelers WR James Washington doesn’t expect the team to trade him. Instead, he’s putting his focus on making the season as good as possible with the team.

Here’s what Fowler sent out just a few moments ago.

#Steelers WR James Washington does not expect to be traded at this point and is focused on the 2021 season in Pittsburgh, per source. Washington had been frustrated with his role, but barring a change, Steelers not looking to trade him.

Regardless, the Steelers never had a compelling reason to part ways with him. Though it’s the last year of his rookie contract and probably final year in Pittsburgh, he brings more value this year as a #4 WR than a fifth or sixth round pick — at best — would fetch for him. Washington’s role as a #4 wideout is minimal right now, but he’s one injury away from seeing significant snaps, just as he did after Chase Claypool’s scary-looking but minor ankle injury at the end of camp.

A second-round pick out of Oklahoma State, Washington caught 30 passes for 392 yards and five touchdowns last season. Those numbers could diminish in 2021 with Claypool having an even larger impact on the Steelers’ offense.