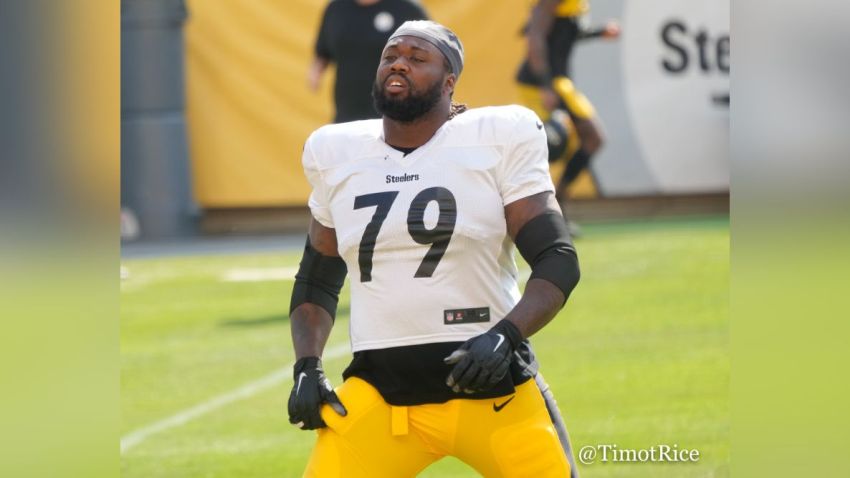 Topic Statement: Rashaad Coward can challenge to start the season at left guard.

Explanation: The veteran free agent has spent pretty much the entire offseason working with the first-team offensive line, either at right guard before David DeCastro was released or left guard since training camp with Kevin Dotson unavailable.

Kevin Dotson is not a starter. He has been projected to start, and he’s currently listed as the starting left guard on the initial depth chart, but he has hardly even been on the field. Remember, even last season, once Matt Feiler was healthy enough to play, they put him on the field.

Earlier this offseason, there was a report suggesting that the team was not happy with Dotson’s approach to the offseason in one form or another. While it was probably a stretch that it was the reason they first approached Trai Turner, that doesn’t mean there was nothing to the report.

Rashaad Coward is a veteran who has starting experience, and has been working with the offense for the entire offseason. Especially if Dotson takes a while to get back on the field, it’s not unreasonable to think that Coward could initially start the season in the starting lineup. Or he could simply win the job. Cohesion is important, and he’s the one getting it.

Dotson hasn’t been available, but he hasn’t been absent, either. He has done some light individual work and small group work, even if he hasn’t been in teams. And for all we know, he could be back out there and in the starting lineup against the Cowboys.

His issue is a short-term ailment that is likely a matter of days rather than weeks. While it’s not ideal that he is missing this valuable time while the offensive line adjusts to playing together as a unit, he will be out there, and with the first-team unit, because he has shown that he has the talent to do it.  Coward, meanwhile, is making himself more valuable as a reserve.