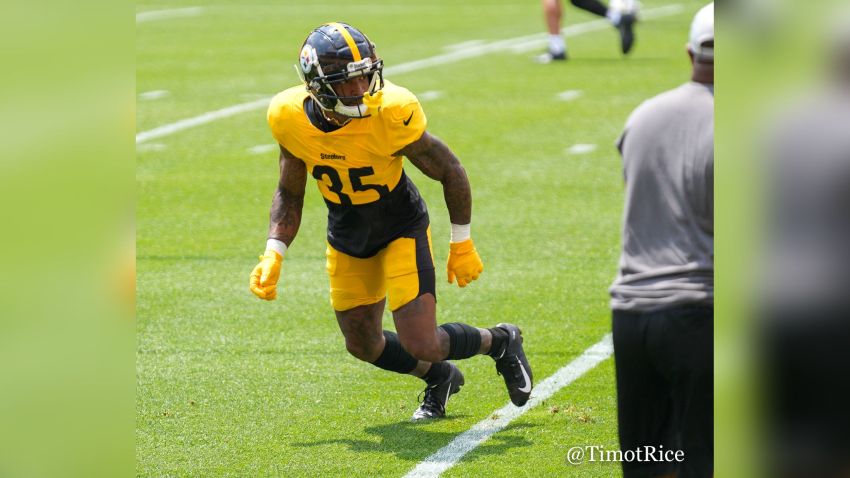 What looked early like a very open competition to replace Mike Hilton in the Pittsburgh Steelers’ defense, featuring at least six names, has quickly whittled down in number through offseason OTAs, minicamp, and the first week of training camp. Two players quickly stood out as preferred options by the team, and Antoine Brooks Jr. and Arthur Maulet are engaged in a battle for who will take over that slot corner position the majority of snaps.

The rest of training camp and the preseason can decide who wins that battle, but early on the team is liking what it is seeing from both men. A leader of the secondary, Minkah Fitzpatrick thinks each brings something to how they have been succeeding at the position in camp, speaking with reporters following practice Monday.

“I think they’re both doing a great job. They both have two different skill sets. Toine is a bigger guy that could blitz and do what Mike Hilton did a lot of last year. And Arthur, he’s a vet, more savvy guy, can cover really well in the slot,” Fitzpatrick said. “I think both guys are doing a really good job. They’re competing right now to see who could fill that void for Mike Hilton. And I think they’re both doing a good job.”

Brooks, a former safety who the team used in a hybrid linebacker/safety role, has the background to provide the same unique aspect to the position that Hilton did. One of the league’s best blitzers from the slot, Hilton was a rare weapon for the Steelers to use, and Brooks has the background to be a ready threat from that position to the pocket and against the run.

Where Maulet has the advantage is in coverage. A veteran of 35 games across four seasons as a corner and safety, Maulet is much more versed in playing in coverage, a role just as important to playing that position in Pittsburgh, evidenced by the seven interceptions and 32 passes defensed accumulated by Hilton in his four seasons there.

Pittsburgh could opt to split the two at the position and maximize the capabilities of each, but each player has time to win the job outright. Either way, the success of the defense the last few seasons has been in no small part due to the high level of play from Hilton in that spot. Whomever replaces him must match his level of play to keep the team’s defense among the league’s best,

“It’s really important. It’s a very big role. A lot of our defenses is centered around what that guy is capable of doing,” Fitzpatrick said. “So I know whoever fills that role is going to have a big responsibility.”