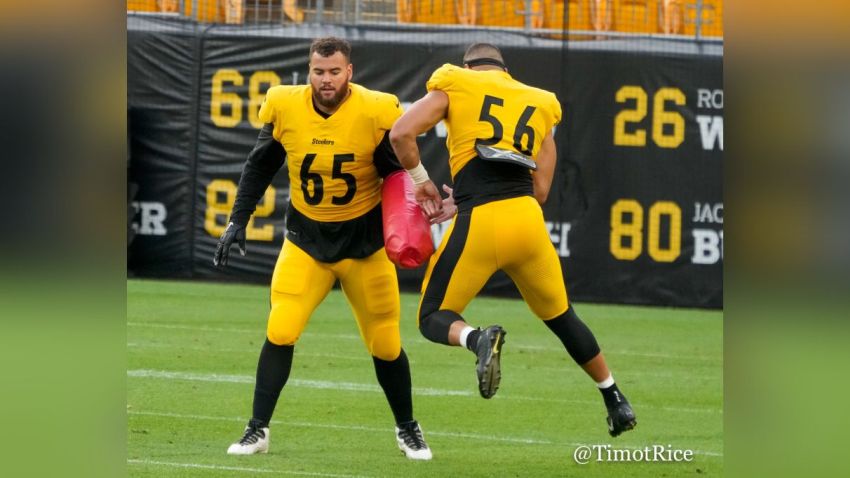 In an important year two, Alex Highsmith looks a lot different entering his sophomore season. Bigger, stronger, and crucially, more powerful. That’s been on display in training camp, even if some of those wins have come versus wide-eyed rookies like Dan Moore, Pat Freiermuth, and Najee Harris.

Tuesday, Highsmith joined the great duo of Jim Miller and Pat Kirwan on Sirius XM Radio to discuss how he took his game – and his body – to the next level this offseason.

“This offseason was great for me,” Highsmith told their show. “I had a great offseason training program down in Charlotte. I trained with a guy named Jason Benguche He used to be the strength coach for the Carolina Panthers. He has his facility Lake Norman, North Carolina, where I trained at. And he got me in great shape.”

Benguche worked with the Carolina Panthers from 2013 to 2019. He’s now the founder of Movement Mogul with programs dedicated to mobility, strength, and conditoning. Highsmith has improved all three of those areas.

“I really feel like I’ve come into this camp in some of the best shape of my life. I truly took the offseason, even though it was offseason, it was still like an in-season work week for me. I would always choose to go get a massage, have my own chef and stuff like that.”

Earlier in the offseason, Highsmith said he added just three pounds, but it was all muscle. He’ll play in the 250-255 range this season. His strength has seemed to take a big a jump forward. Power was one of biggest weaknesses last year and if he can add a more potent bull rush, he’ll become a much more effective pass rusher, just as Bud Dupree did in his final two years with the team.

Highsmith will see an increased snap count from his rookie year to sophomore season. He’s still the projected starter, though battling Melvin Ingram to hold onto that role. Regardless, he’ll be logging substantial snaps over a 17-game season. He had that in mind as he trained over the last few months.

“So I was really prioritizing taking care of my body, especially now with the added game this year. I knew how long this season would be. That’s what it’s about. It’s about durability. Can you be consistent through the whole year? I felt like I definitely had a great offseason to get ready for this.”

It’s early but so far, Highsmith’s work is paying off.