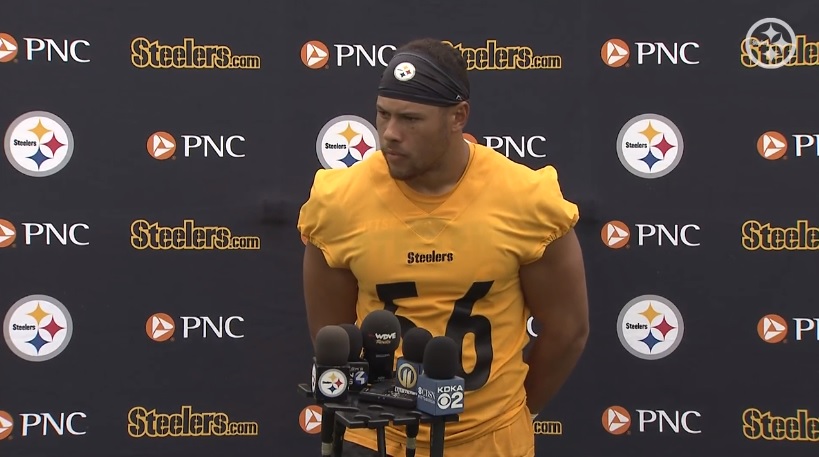 Whether it’s starter or backup, Alex Highsmith is preparing to help out the Pittsburgh Steelers’ defense in whatever way he can this season. Highsmith appeared to be the clear-cut starting ROLB opposite TJ Watt this season. Then the team signed veteran Melvin Ingram, muddying the battle for the top spot.

Just as Ingram and Keith Butler told reporters, Highsmith said he doesn’t know who will start the season. He’s just focused on what he can control.

“I just know it’s going to be a good one,” Highsmith said of the Steelers’ rotation in an interview posted to the team website. “All three of us can be a force to be reckon with. I’m excited to be able to work with both of them this year. It’ll be awesome.”

Highsmith started five games in place of Bud Dupree last season after Dupree was lost for the season with a torn ACL. He finished the season with just two sacks but had several key pressures, especially the final two weeks, and finished the year with more tackles than Dupree, who still played significantly more snaps.

In yesterday’s first depth chart of the season, Highsmith was listed ahead of Ingram at right outside linebacker. But those depth charts mean very little and there’s been few reports on the pecking order during practice. TJ Watt has yet to participate in team sessions so it appears Highsmith and Ingram have been running as the starters.

Highsmith is ready to do whatever the Steelers ask of him.

Practice will be open to the public beginning next Wednesday so we’ll be able to get a clearer look at the rotation, assuming Watt is fully thrown into the action.  Regardless of who is the starter and the backup, the Ingram signing gives the Steelers a much better group at outside linebacker. They’re now confidently three-deep at the position and able to withstand a short-term injury to any of those three.