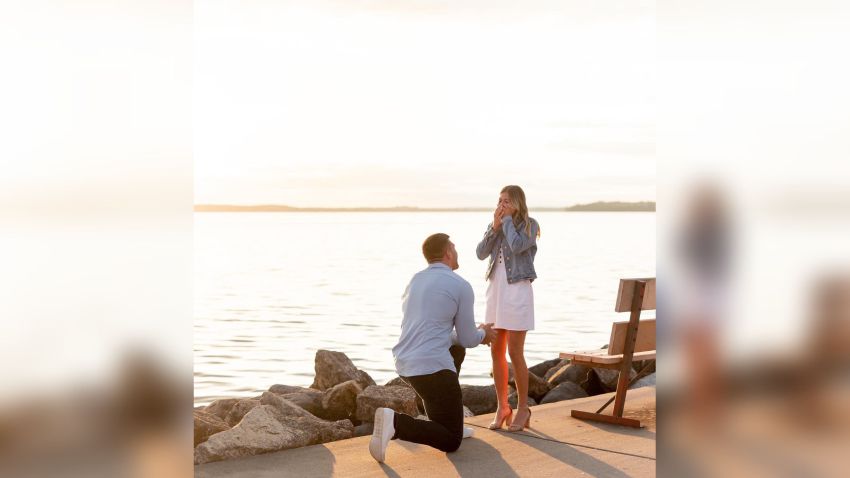 The life of an NFL player can often seem very different from the average person, for obvious reasons. While they are generally more physically gifted and wealthier than average, though, they do experience all the same life events, and Pittsburgh Steelers outside linebacker T.J. Watt reached another of life’s milestones last night when he got engaged to his girlfriend, Dani Rhodes.

The baby Watt brother is bringing another athlete into the family, as well, as Dani is a professional soccer player who has most recently played for the Chicago Red Stars in the NWSL. She attended Wisconsin from 2016-2019, her time with Watt overlapping there during his senior season in 2016 before moving on to the NFL.

I am the luckiest man in the world!!! @danirhodes04 pic.twitter.com/WjtuJWs9D1

Of course, this isn’t the only major haul he is expecting this offseason. Watt is also due to sign a massive contract extension within the next couple of months, one that stands a very good chance of making him the highest-paid defensive player in the history of the NFL.

He is currently scheduled to play under his fifth-year option from his rookie deal in 2021, which pays out at a little over $10 million for the year. But his new deal could triple that amount. Currently, the record for the largest contract by a defensive player is owned by Joey Bosa, who signed a contract that pays out at $27 million per season.

His next contract will set his family up for life, including any children they might have, which will set up the next great battle within the clan. T.J. and J.J. had been highly competitive in the tug of war to become the favorite uncle of their to-date only nephew, Derek Watt’s son, but a marginal lead turned into a landslide when Derek signed with the Steelers in 2020.

Naturally, he’ll also have the homefield advantage over J.J., who is now with the Arizona Cardinals, to become the favorite uncle over any children T.J. and Dani may have, though that may come some time down the road.

T.J. isn’t the only Steeler to have taken the same journey this offseason. Fourth-year wide receiver James Washington also got engaged back in February, and was married just a month later to the woman he has been with since high school, Jessi Smith.

With training camp just a couple of weeks away, I wouldn’t suspect that Watt’s wedding is going to be just around the corner, of course. I would imagine most athletes try to time their major life events to coincide with their offseason. But there’s certainly never a bad time to get engaged.