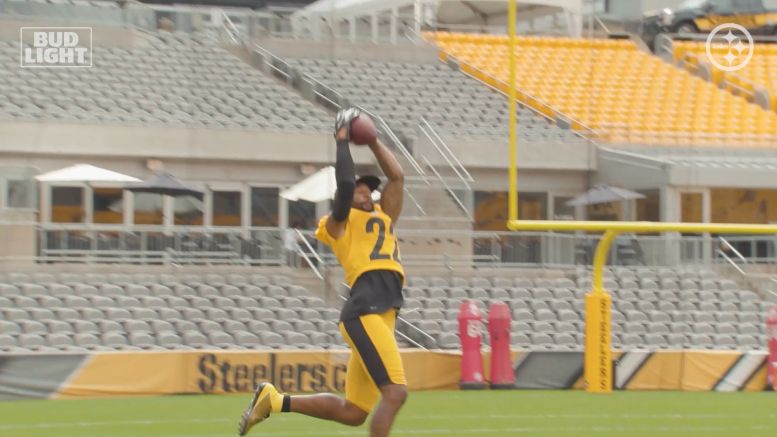 The 2020 season was the most unique, or certainly one of, in NFL history. Short of the combination of teams during World War II because of a lack of players to go around, forming abominations like the Steagles, this past season’s pandemic conditions made for an unusual experience, and one that nobody wants to repeat.

While players, coaches, and teams in general were forced to comply with some stringent protocols to try to ensure the health and safety of everybody involved, for many, the most difficult aspect of the year was playing in front of empty stadiums.

Many players around the league, including members of the Pittsburgh Steelers, talked about the eerie nature of the silence and how much it took away from the game. Former Steeler Steven Nelson recently commented on it as well, making remarks about it on Twitter.

“Playing with no fans last year was terrible”, he wrote in a post on Tuesday on the social media platform. “Do whatever y’all need to do to bring fans back. I mean imagine coming out the tunnel to crickets big energy killer”.

Playing with no fans last year was terrible do whatever y’all need to do to bring fans back. I mean imagine coming out the tunnel to crickets big energy killer.

The Steelers played the majority of their season without any fans being permitted to attend. Some teams were never at any point in the season permitted, due to local restrictions based on the conditions in the reason, to host fans.

The NFL is moving ahead this year with the intention of having every stadium open to full capacity, citing the widespread vaccination and the dropping of infection rates, hospitalizations, and deaths in relation to the COVID-19 pandemic.

“Whatever stadium I step in this year I’m giving everything I have”, Nelson, who was released by the Steelers as a salary cap casualty back in March, also wrote on Twitter. “Last year was weird asf”, he added. “I’m back on now”.

Whatever stadium I step in this year I’m giving everything I have last year was weird asf I’m back on now.

Nobody should be taking his remarks as excuse-making, even if he is technically still looking for a job as of the time of this writing. He actually did have a fine season in 2020, even if it wasn’t quite as strong as his first year in Pittsburgh.

The reality is that everything involved in the NFL season, from the lack of fans to the protocols to the pandemic itself, took a toll on everyone involved, and it affected everybody differently. 2020 simply was not a normal year, and it’s reasonable that that abnormality would impact people’s emotional state.

Of course, it also impacted their financial state, including Nelson. He was due to make something like $8 million this season from the Steelers this year before he was released. While I have no doubt he will sign with a team, he would probably be lucky if he makes back half that amount this year.