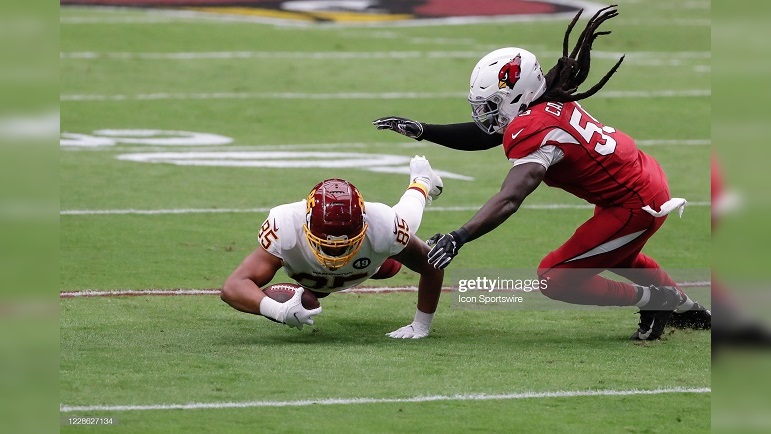 The Pittsburgh Steelers made a set of transactions on Friday and included the shuffling of tight ends.

The Steelers announced on Friday they have signed tight end Marcus Baugh and Waived tight end Dax Raymond as injured.

Raymond was injured late in the team’s Thursday training camp practice at Heinz Field, He will likely revert to the Steelers Reserve/Injured list as he should clear waivers.

As for Baugh. He entered the NFL in 2018  as an undrafted free agent with the Oakland Raiders out of Ohio State. He has since spent time with the Carolina Panthers and the Washington Football Team. In eight games last season with Washington, Baugh had one reception for two yards.

Baugh signed Raiders as an undrafted free agent but didn’t last long with the team. He would go on to play with the San Diego Fleet in the short-lived AAF before signing with the Panthers in 2019. He got injured and ended up spending that campaign on injured reserve with the Panthers.

Baugh will wear No. 89 for the Steelers.