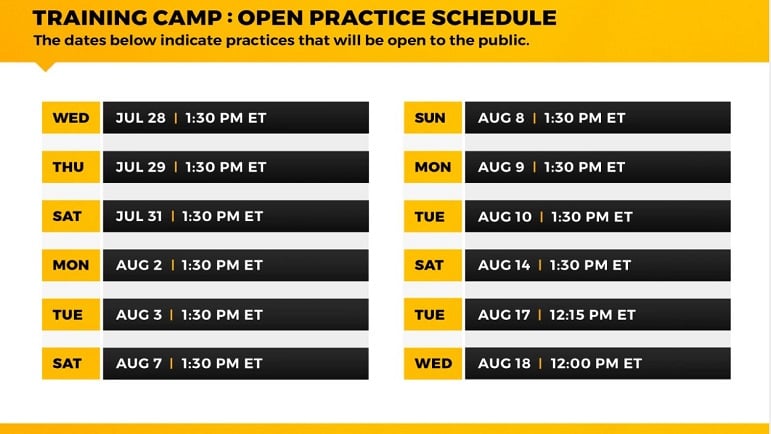 As was first announced a few weeks ago, the Pittsburgh Steelers will host their 2021 training camp at Heinz Field instead of at Saint Vincent College in Latrobe and that annual set of practices will get underway later this month. On Thursday, the Steelers announced that fans will indeed get their first chance to see the 2021 team up close at training camp practices open to the public and the dates for those have now been released.

According to the Steelers, admission to open training camp practices will be free to fans, but attendees must have a mobile ticket to enter Heinz Field. A limited number of tickets will be available via Ticketmaster at 10 a.m. ET on Saturday, July 10, and seats will be assigned on a first-come-first-serve basis. You can visit the Steelers Training Camp FAQs for additional information.

According to the dates released on Thursday, the Steelers will have 12 training camp practices that will be open to the public this year. The first one will take place at Heinz Field on July 28. 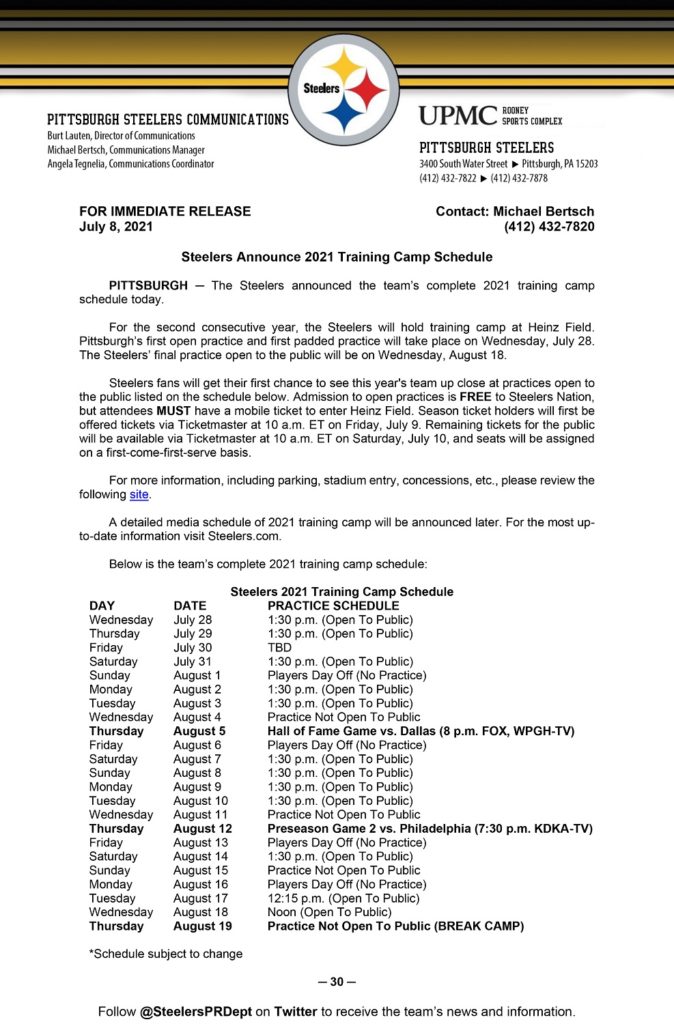