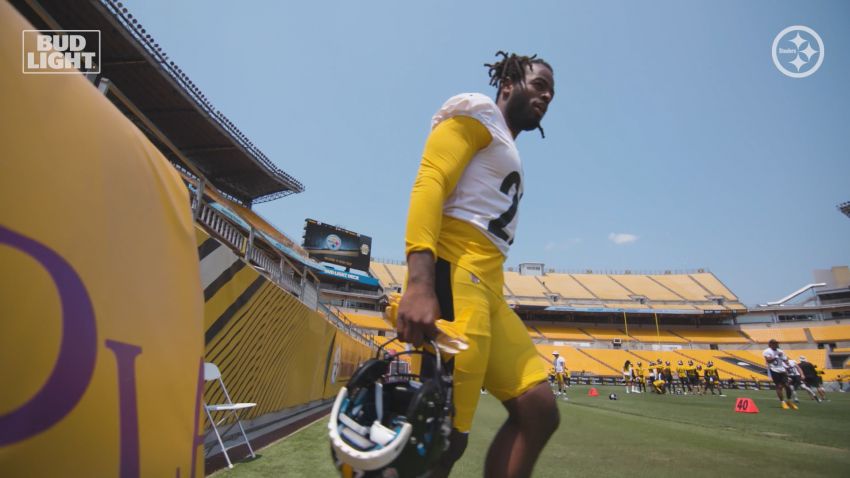 Steelers have over 90% of their roster vaccinated, and wristbands must be worn until a player is FULLY vaccinated.

The speculation now is that Harris is fully vaccinated, as numerous Steelers beat writers reported on Wednesday that the team’s first round draft pick is no longer wearing a yellow wristband. As we pointed out in our previous post on the topic, Harris could have just been waiting to receive his second vaccination shot, which may have been the reason he was wearing the yellow wristband a few days ago.

This offseason, the NFL established very strict guidelines for players who choose not to get vaccinated. Last week, NFL commissioner Roger Goodell sent a memo to all 32 teams outlining the updated COVID-19 guidelines for the 2021 season that include major consequences for teams with unvaccinated personnel. Those major consequences included possible forfeiture of games. Forfeits could also result in players not being paid should they be the root of an outbreak within a team.

According to the most recent national reports, eighty-five percent of all NFL players have now received at least one shot and there are now 14 teams that have more than 90 percent of their players vaccinated. According to Aditi Kinkhabwala of the NFL Network on Tuesday, the Steelers are one of the 14 teams over the 90 percent threshold.