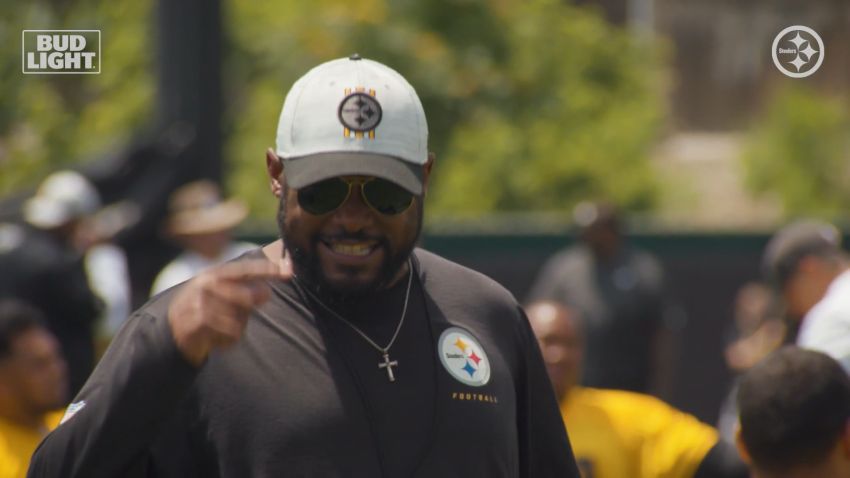 As part of the NFL’s COVID-19 protocols that will be in place for the 2021 season, players who are vaccinated and those who are unvaccinated will be subject to vastly different measures. Unvaccinated players, for example, will be required to wear masks at all times in the facilities and during travel, and must maintain social distancing.

According to Pro Football Talk, the Pittsburgh Steelers will have its unvaccinated players wear yellow wristbands to signify their status. Very few, of course, will actually be wearing one, because the Steelers are reported to have an extremely high vaccination rate, north of 90 percent. I deliberately chose not to use an image of any players to wrongfully convey the suggestion that they are or are not vaccinated.

At least, that will eventually be the case. The number includes all players who have begun the vaccination process, not only those who are fully vaccinated. The full process can take roughly six weeks, from the time of the first dose to the two-week gestation period following the second dose. So any player who has gotten a shot over the course of the past couple of weeks will not be fully vaccinated until next month.

There are photos of Najee Harris from today’s practice, for example, which show him wearing a yellow wristband. That could simply mean that he got a shot five weeks ago and is still finishing up the two-week period after his second shot. It could mean that he got a shot yesterday. It could mean that he hasn’t gotten a vaccination shot (yet, or at all). Another image from yesterday appears to show Anthony McFarland wearing a yellow wristband, yet he’s not wearing it in today’s photos.

Head coach Mike Tomlin made it clear during the Spring, more than a month ago, that he was happy with the effectiveness of the team’s messaging on the vaccine, and the manner in which his players responded to it. “I don’t know the exact percentage, but from what I understand, we’re tops in the league in this process”, he said during minicamp. There was a report from a month ago stating that over 85 percent of the roster had been vaccinated; it’s inevitably higher now.

As a reminder, one of the many advantages for players in choosing to get vaccinated is that they will not be required to quarantine in the event that they become exposed to COVID-19 through a close contact.

Over the course of the 2020 season, beginning in training camp, the Steelers placed more than a dozen players on the Reserve/COVID-19 List, including several of them multiple times; first as close contacts, and later after actually testing positive.

While the Steelers have placed an emphasis on their players being vaccinated, they will still be at the mercy of personal decisions during the regular season when it comes time to bring in players as necessary. Any free agent who is not vaccinated will still have to go through the same five-day testing period as last season before they can be admitted into the building.